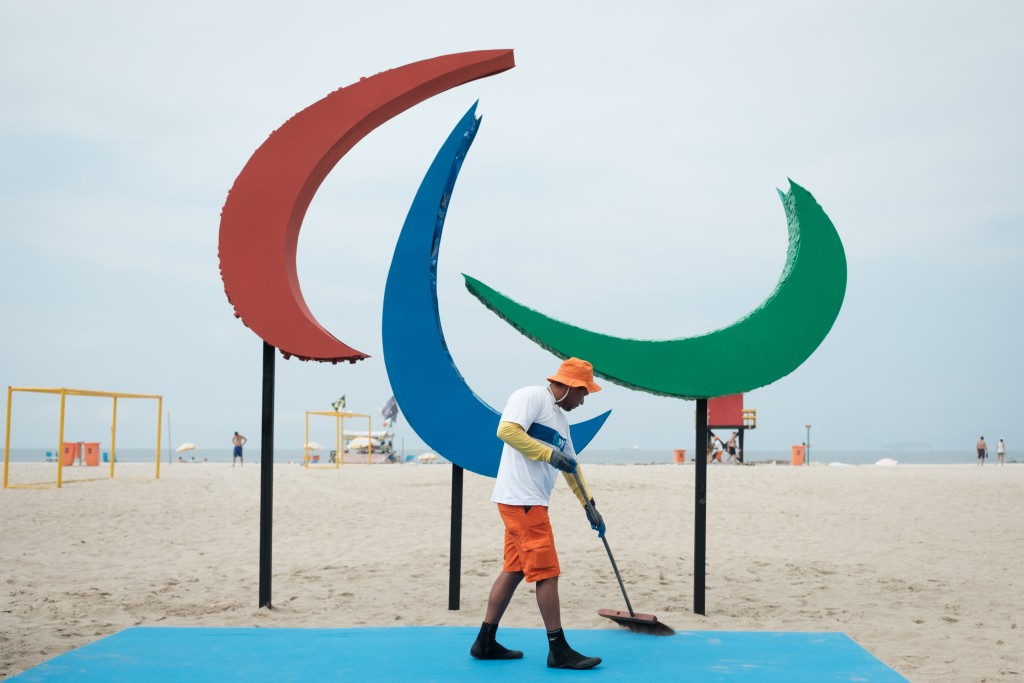 Russian athletes face the prospect of being unable to compete this winter in five of the six sports on the programme of the 2018 Paralympic Games in Pyeongchang, seriously putting in doubt whether they will be able to qualify even if a ban on them is lifted in time.

Of the six sports on the programme for Pyeongchang 2018, they are currently only eligible to compete in wheelchair curling.

The other five - representing Alpine skiing, biathlon, cross-country skiing, snowboard and ice sledge hockey - are all directly governed by the International Paralympic Committee (IPC) and affected by the body's suspension of the Russian Paralympic Committee imposed on them before Rio 2016.

A World Curling Federation spokesperson clarified that "Russian wheelchair curlers are eligible to compete in its World Curling Championships".

As it stands, this is the only major event in a winter sport in which they able to participate next year.

Russian athletes who compete in sports not governed by the IPC are free to compete in global competitions, however, despite the stance of the world governing body.

As it stands, this means they can compete in all but four of the 22 sports on the at Tokyo 2020 - athletics, powerlifting, shooting and swimming.

The IPC are expected to inform Russia of specific criteria they must fulfil in order for this ban to be lifted by the middle of next month.

Getting the suspension lifted quickly is vital for Russia if they are to be able to compete and qualify for events at Pyeongchang 2018.

The four summer sports are also affected in this way, as is the non-Paralympic Games programme event of wheelchair dancesport.

While the IPC can make final decisions on participation at the Paralympics, as they did when issuing a blanket ban ahead of Rio 2016, they have no control over all other events in non-IPC governed sports.

"Russia cannot enter athletes in competitions sanctioned by the IPC, and/or participate in IPC activities," a spokesperson told insidethegames.

insidethegames understands that some of these have considered suspending Russia but have been advised not to because their statutes do not justify them doing so.

They would, therefore, be unable to withstand a Russian appeal to the Court of Arbitration for Sport.

International Federations who also represent Olympic sports are, on the whole, those most opposed to any suspension.

"Russian athletes that are member of the Russian Archery Federation (which includes the Para-archers competing at our events) are free to compete at World Archery events in 2017 including the World Archery Para Championships in Beijing," a World Archery spokesperson told insidethegames.

"The suspension of the NPC of Russia has no direct effect on our competitions and only had an effect on the Paralympics.

"They, like the rest of archery's athletes, are subject to a comprehensive international anti-doping programme based on the risk assessment of our sport."

World Archery, who are led by Turkey's IOC vice-president and Medical Commission chair Uğur Erdener, were the most critical of the IPC when they banned Russia from Rio 2016.

Russian badminton players won six bronze medals at the European Championships, which closed yesterday in Beek in The Netherlands.

The ITU reacted similarly, although they did add the caveat that "further decisions" could be considered after they learn additional information on alleged Russian doping from the McLaren Report, due to be published in December.

"We have started an inquiry on the case, but until we have reviewed all documents and decided on further steps, we can’t say anything more about this."

IBSA represent the sports of football five-a-side, goalball and judo.

The International Wheelchair and Amputee Sports Federation (IWAS) added: "Currently Russian athletes can compete in IWAS Wheelchair Fencing competitions following testing by an independent, certificated laboratory prior to or during competition.

"The suspension of the Russian Paralympic Committee relates to sports the IPC acts as the International Federation for and the Paralympic Games.

"Our Board is keeping a close eye on developments."

Russian fencers finished top of the medals table at this month's IWAS Under-17 and Under-23 Wheelchair Fencing World Championships in Stadskanaal in The Netherlands.

It is understood, however, that none of them currently have any sort of suspension in place.

A total of 45 possible cases of "disappearing positives", where samples may have been illegally doctored, were mentioned in the World Anti-Doping Agency commissioned report in relation to disability sport.

Of these, 18 related to non-Paralympic events, including the Deaflympics and Special Olympics.

The remaining 27 covered eight sports, of which five were summer and three were winter.

They consisted of a mixture of IPC-governed and non-IPC governed sports.