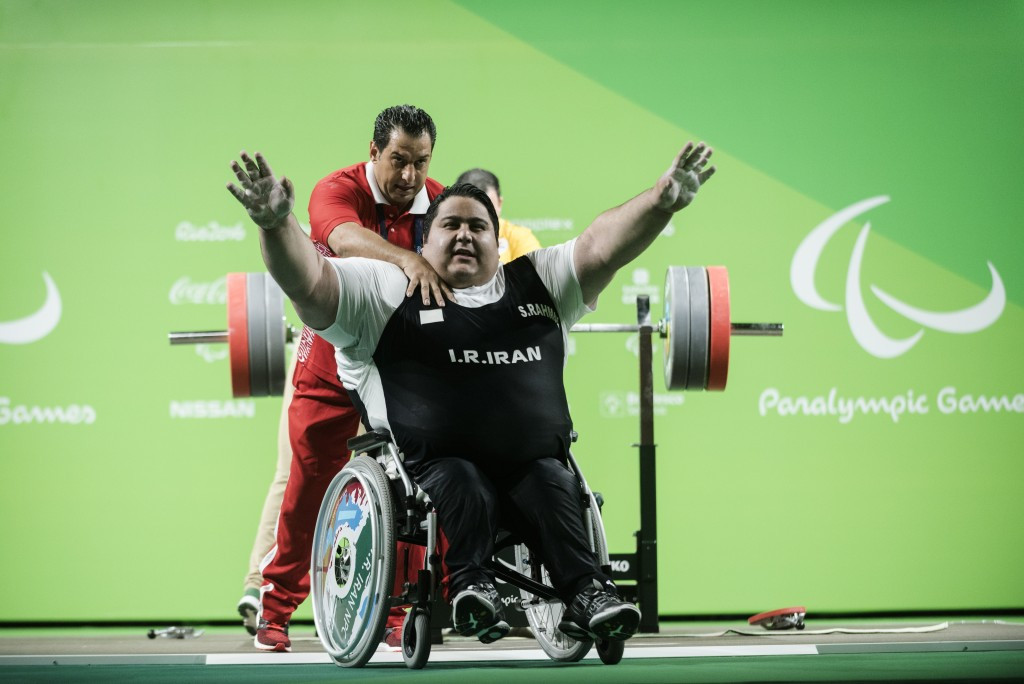 The Iranian produced a stunning performance in Brazil when he earned victory in the men’s over 107 kilogram event.

Having lifted 296kg prior to the Games, Rahman became the first powerlifter to break the 300kg barrier when he achieved a best lift of 310kg.

Reflecting on the achievement, Rahman claimed his final lift was a "magic moment"and has claimed the attention he has received following the Games has inspired him for further success.

"During the last one and a half year, enjoying the assistance and support of the Iran’s Sports Federation for the Disabled and the Iran National Paralympic Committee, I hit my best results in the training camps, when I was aiming at setting a historical record," he said.

"Such training - and also the promise to make history for my people - created such a feeling within my body I felt I had to keep going, that I could go for more.

"This kind of embracing and attention to my records provided me with double the motivation to keep continue my training and also for setting other records."

The 28-year-old has not only been recognised in his home nation, with plaudits having come from across the world.

This was reflected when Rahman was named as the winner of the IPC best male athlete of the month for September award, receiving 64 per cent of the public votes.

Following the Paralympic Games, Rahman has now set his sights on earning gold at the 2017 World Para Powerlifting Championships in Mexico City.

The world's strongest Paralympian also expressed his desire to continue to Tokyo 2020, where he will hope to defend his Paralympic title.