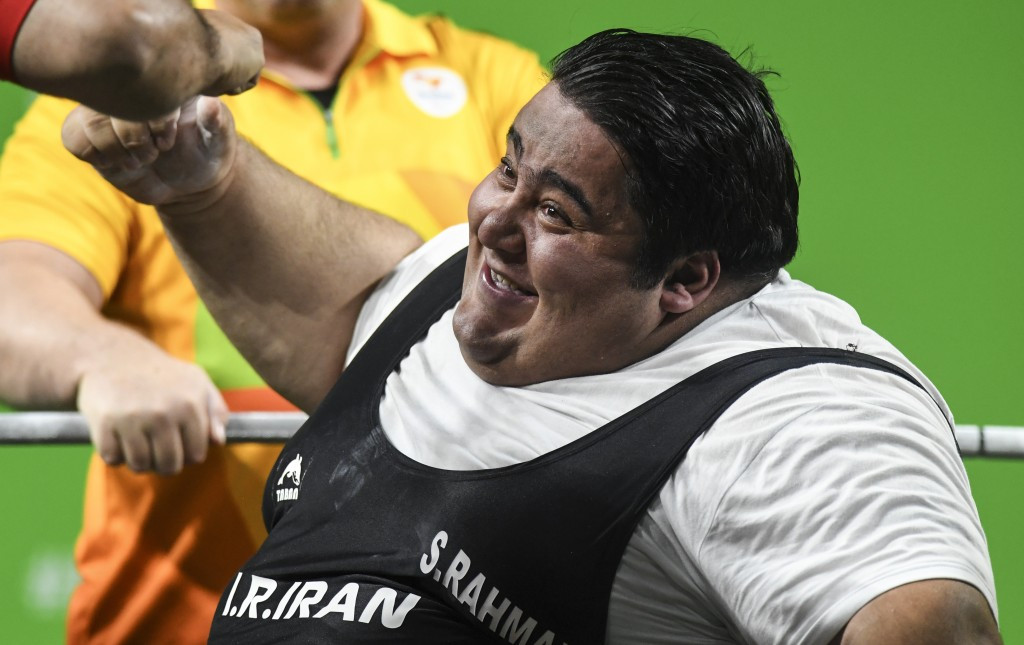 Iran’s powerlifting star Siamand Rahman has been named among the nominees for the International Paralympic Committee's (IPC) Best Male Athlete of September award, following his golden performance at Rio 2016.

Rahman brought the curtain down on powerlifting competition at the Games when he produced a world record lift of 310 kilograms to win the over 107kg event.

The effort saw him justify his status as the world’s strongest Paralympian and has now earned him a place on the shortlist for the monthly honour.

As a result of the Rio 2016 Paralympics taking place in September, the IPC have opted to separate the monthly award - which is normally open to all Paralympic athletes – into three separate categories.

A Best Male Athlete, Best Female Athlete and Best Team award will all be granted after a public vote takes place.

Rahman is set to face competition from Switzerland’s Marcel Hug, who ended his wait for a Paralympic gold medal by winning the men’s T54 800m and marathon races at the Games.

Two swimmers have also been nominated, with Belarus’ Ihar Boki put forward after leaving the Games as the most decorated athlete after winning seven medals.

His haul included six golds and the 22-year-old broke two world records to leave Rio as one of the star performers.

Laurens Devos, another young star of the Games has also been nominated, following the 16-year-old Belgian’s triumph in the men’s individual class nine table tennis competition.

Devos proved a dominant force throughout the duration of the competition, as he failed to drop a set.

Australia’s wheelchair tennis star Dylan Alcott completes the shortlist, having won the quad singles and doubles titles at the Games.

The public will be able to vote for their favourite until 12pm (CEST) on Friday (October 14), via the IPC website here.

The nominations were compiled from submissions by National Paralympic Committees (NPCs) and International Federations (IFs), with the women's and team shortlists still to be revealed.