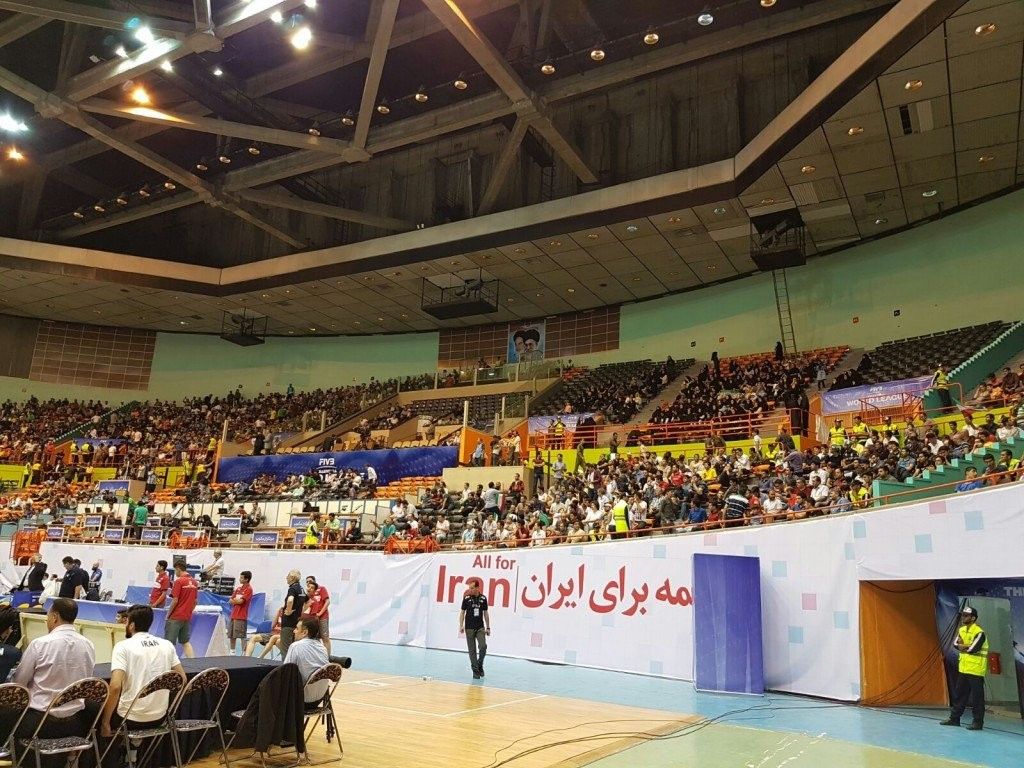 Human Rights Watch (HWR) have issued a fresh call to the International Volleyball Federation (FIVB) to cease awarding events to Iran unless a ban on women attending matches is lifted.

The call was outlined in a letter sent to FIVB President Ary Graça following his election for a fresh eight-year term in office last week in Buenos Aires.

Making volleyball a "family-friendly" sport is one of his key objectives.

A law restricting female access was introduced at volleyball matches in the Islamic country in 2012 as an extension of a similar ban in football.

It generated worldwide condemnation in 2014 following the arrest of British-Iranian woman Ghoncheh Ghavami for attending a World League match.

Ghavami, arrested for "propaganda against the regime", spent 151 days in Evin prison before she was released and charges eventually dropped.

The FIVB repeatedly pledged to have the ban fully lifted before the Olympic Games in Rio de Janeiro in August, but have proved unable to do so in the face of religious and political opposition.

They told insidethegames in April that they were switching to an "event by event" approach rather than a blanket lifting of the ban.

The world governing body provoked more criticism, however, by continuing to award events to Iran despite initially claiming they would not, insisting that the incentive of hosting competitions will be the best way to encourage progress.

Some women were turned away during a beach volleyball World Tour event in Kish Island in February, although others attended and the FIVB claimed the problems were only due to a "misunderstanding".

There was more controversy following a round of World League matches in Tehran in June and July, with human rights groups claiming only specially selected female groups could buy tickets despite the FIVB hailing female-only areas as a key "first-step".

"Iranian volleyball authorities broke their promises to make tickets freely available to women during the World League matches in July and suffered no consequence," said Minky Worden, director of global initiatives at HRW.

"Awarding Iran yet another World League tournament would only embolden the authorities in their discriminatory policies that sideline women.

"Despite its pledge to end discrimination in the stadiums, the Iranian volleyball federation appears to have constructed a system that denies most women any opportunity to attend matches.

"The FIVB should make clear that Iran will not be able to host international volleyball competitions until the Iranian federation makes good on its promises.

"The FIVB may want to build the sport of volleyball in Iran, but embracing gender discrimination and ugly double standards is no way to go about it."

insidethegames has contacted the FIVB for a reaction to the HWR letter.