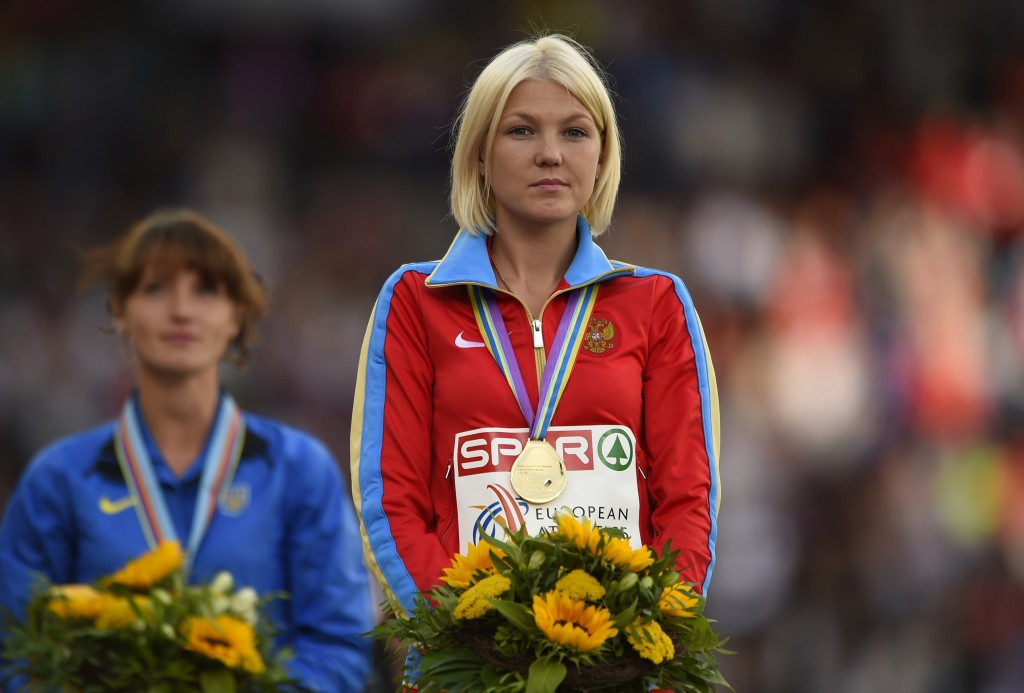 Reigning European champion Elmira Alembekova is among five Russian race walkers handed four year bans by the Court of Arbitration for Sport today after each failed tests for erythropoietin (EPO).

Alembekova, a two-time European Cup champion and winner of a gold medal in the 20 kilometres at the 2014 European Championships in Zurich. heads the quintet along with Mikhai Rhyzhov, a 50km silver medallist at the 2013 World Championships.

All five registered failed tests in June 2015 but have been handed bans backdated to July 2016.

This means they will be out of action until 2020.

Ryzhov and Alembekova each won Europa Cup titles in Murcia in Spain on May 17, barely two weeks before their failed tests, while Noskov also placed second behind his team-mate in the men's 50km event.

The trio will not be stripped of those results, however.

"All five athletes have been found to have committed an Anti-doping Rule Violation (ADRV) pursuant to Rules 32.1 and 32.2 of the International Athletics Federation (IAAF) Competition Rules and sanctioned as follows," a CAS statement today said.

"Ivan Noskov, Mihail Ryzhov, Vera Sokolova and Denis Strelkov are all sanctioned with a four year period of ineligibility, starting on July 15, 2016.

"Furthermore, all competitive results obtained by them in the period 2 June 2015 to 15 July 2015 are disqualified, with all theresulting consequences, including the forfeiture of any titles, awards, medals, points, prize and appearance money.

"Elmira Alembekova is sanctioned with a four-year period of ineligibility, starting on July 17, 2016."

They did not attempt to defend themselves or excuse the positive results, CAS added.

All five failed during out of competition tests in June in Saransk, the base for a training facility headed by disgraced coach Viktor Chegin, handed a lifetime ban from the sport.

As these investigations continued, only one Russian race-walker was entered for the 2015 World Championships in Beijing, with the lone entrant, Alexander Yargunkin, ultimately not competing because of a positive doping test for EPO.

Only one Russian athlete - long jumper Darya Klishina - competed in the Olympic Games at Rio de Janeiro due a ban introduced by the IAAF on all Russians who could not prove they had operated under an "effective testing system".