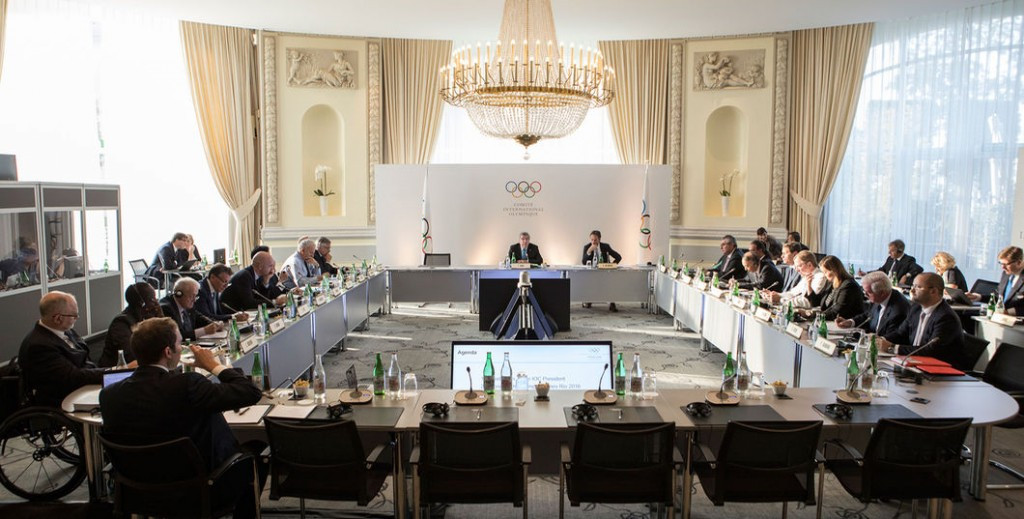 A new anti-doping testing authority to be set up within the framework of the World Anti-Doping Agency (WADA) was one of the key recommendations made at the Olympic Summit here today.

The move would lead to a "clear segregation of duties between the regulatory and the testing bodies", it has been claimed.

Other recommendations listed in the declaration of the Fifth Olympic Summit include a call for sanctions relating to doping cases to be delegated to the Court of Arbitration for Sport (CAS), rather than WADA.

It has been claimed there is a greater logic for CAS to have control of sanctioning, with the International Olympic Committee (IOC) stating that more cases have ended up at the body in recent years due to appeals.

IOC President Thomas Bach used the example of CAS having power for sanctioning at the Rio 2016 Olympic Games in August.

It is not yet clear whether CAS or WADA would have control over declaring whether countries are non-compliant with the WADA Code.

Bach claimed in a teleconference afterwards that the issue would need to be addressed with Governments and guidelines would be required to be drawn up.

He stated that we "do not want the prosecutor being the judge".

Central to the declaration was a claim that the Olympic Movement would be ready to contribute to increased financing for WADA, maintaining their 50/50 funding of the organisation along with Governments.

Bach indicated there would be no shift from the equal funding of the organisation and claimed it was the obligation of sports organisations to fight against doping.

A contribution from sponsors and broadcasters was not viewed as a solution to boosting funds, with Bach indicating they contributed indirectly anyway, though the IOC.

The declaration also states that WADA will be given a "stronger authority" over National Anti-Doping Organisations, with claims this would make the system more independent from national interests.

This would include supervision of national anti-doping programmes by WADA.

National test distribution plans would be made and would be in compliance with international standards, while it has been claimed cross-border testing would be made more effective.

The IOC claim a “top-down” approach would boost the integrity of the global anti-doping system, and argue there would be greater harmonisation worldwide.

It was asserted that a standard level of testing would take place in each sport, working in close cooperation with relevant International Federations, in an effort to treat all nations equally.

Elsewhere, the United Nations Educational, Scientific and Cultural Organisation (UNESCO) will be asked if they can provide model legislation which would make the entourage of athletes criminally responsible for facilitating doping.

Coaches, doctors and physiotherapists would be among the officials who could be sanctioned in the event the legislation is adopted worldwide.

The Government Authority members in the WADA Executive Committee yesterday urged that the organisation remain as the only global regulator, with concerns raised that the IOC were aiming to "take back control".

This followed Sergey Bubka and Juan-Antonio Samaranch being among IOC members to criticise WADA in recent days.

The senior IOC figures have attempted to blame WADA for not having investigated Russian problems earlier, while also claiming they should play more of a servicing and testing role rather than a regulatory "political" one.

Bach has sought to ease tensions at the Summit, with the declaration asserting that WADA will "continue to have the regulatory role in the world-wide fight against doping, setting the standards for compliance, and carrying out the assessment of all anti-doping organisations".

A policy for the encouragement and the protection of whistleblowers was also recommended to WADA, who were asked to consider the participation of elected athlete representatives and strengthen their education programmes.

Following the hacking of WADA by the Russian based Fancy Bears group, WADA were also called on to "significantly improve" their information security standards in an effort to prevent data from being leaked.

WADA indicated in the build-up to the Summit that they would consider the recommendations of the declaration at their next Foundation Board meeting in November.