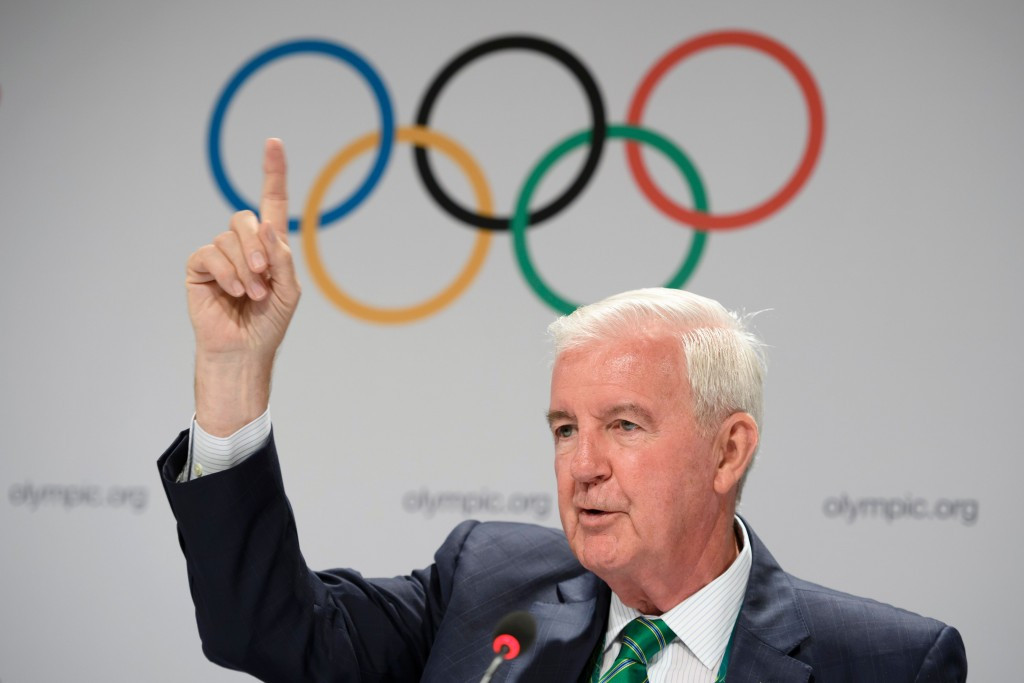 World Anti-Doping Agency (WADA) President Sir Craig Reedie has welcomed the sentiment expressed at the Olympic Summit which called for the organisation to be given "greater authority and regulatory powers".

Among the key recommendations put forward at the Summit, which was called by International Olympic Committee (IOC) President Thomas Bach, was for a new anti-doping testing authority to be set up within WADA.

It was claimed the move would lead to a separation between regulatory and testing bodies, while a further recommendation was made for the Court of Arbitration for Sport (CAS) to have sanctioning powers when athletes fail tests.

With the build-up to the Summit having seen senior IOC members and anti-doping officials clash over role of the WADA, the proceedings bore a more conciliatory tone, as Bach refuted suggestions that the IOC were trying to take control.

Much of the tension stemmed from the response to allegations of state-sponsored doping in Russia, with more revelations from the WADA-commissioned report compiled by Canadian lawyer Richard McLaren expected to be published later this year.

"Today’s Summit was one more stop on our road to strengthening WADA and the global anti-doping system.

"The recommendations that were put forward today will be considered along with others that we have received from stakeholders on such key topics as WADA’s governance and funding model, consequences for non-compliance, investigations and testing.

"It was encouraging to hear the sentiment expressed in today’s Olympic Summit that echoes the consensus reached by other stakeholders to the effect that WADA must be given greater authority and regulatory powers.

"We will take these ideas forward with us into WADA’s Foundation Board meeting on November 20, at which, the process towards a road-map will be drawn up."

A declaration was agreed at today's Summit, central to which was a claim that the Olympic Movement would be ready to contribute increased financing for WADA, maintaining their 50/50 funding of the organisation along with Governments.

Russian Olympic Committee (ROC) President Alexander Zhukov, who was invited to the Summit, claimed afterwards that WADA needed to be more transparent and efficient.

"Both the IOC and Governments may increase WADA financing," he told the Russian news agency TASS.

"Nonetheless, just in case a programme is outlined in a clear-cut way how the anti-doping system all around the world could be improved.

“A working group has been set up for the purpose and it should work out specific proposals on the basis on the principles defined today.

"Nobody is going to terminate WADA as an organisation but its operation should be more balanced, more transparent and more efficient."

Angela Ruggiero, who became the chair of the IOC Athletes' Commission in August, added "I strongly support the proposals which were generated as the result of the Summit.

"Additionally the support for a robust whistle-blower programme and improved security of athletes’ data are some of the key measures needed to ensure athletes’ trust in the system remains high.

"We want their confidential medical information to be stored safely – so they can continue to declare the use of essential medications without fear of repercussion or breach of privacy as brought on by the recent cyber-attacks.

“Today’s discussions were just some of the many where the athletes’ voice will be heard and I look forward to, alongside the other members of the IOC Athletes’ Commission, channelling athletes’ wishes to the highest Olympic Movement stakeholders and representing them in the discussions.

"I encourage athletes to bring forward to our Commission any ideas, comments or suggestions they might have on the anti-doping system and how we can best represent their interests by sending an email to [email protected].”