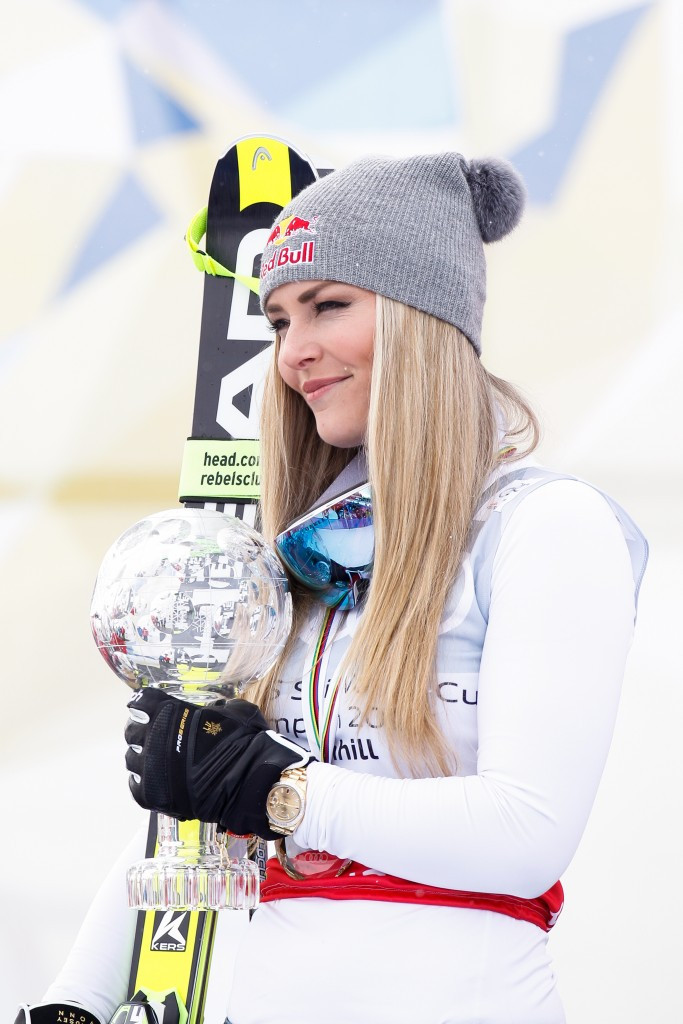 The American, who won the downhill title at Vancouver 2010, will appear in the "Chasing History" series which will debut in February.

It promises to give viewers "exclusive access to the winter sports icon - on and off the piste - like never before".

Thirty-one-year-old Vonn is considered as the most successful downhill skier of all time, having won 76 International Ski Federation (FIS) World Cup races in her career.

She has won four overall FIS World Cup titles, and won a second Olympic medal in Vancouver by bagging bronze in the super-G.

In addition, Vonn won the downhill and super-G titles at the World Championships in Val-d'Isère in France in 2009.

"I'm thrilled to be given this opportunity to share my story with Eurosport through Chasing History," said Vonn.

"For me personally, the next 18 months are going to be some of the most exciting times of my professional life and I can think of no better partner than Eurosport - the undisputed Home of Winter Sports - on this project.

"Eurosport has followed me throughout my professional career, and now is the right time to give an insight into my personal life."

In June 2015, Discovery Communications, the owner of Eurosport, signed a deal with the International Olympic Committee to give the channel exclusive television and multi-platform broadcast rights for the next four Olympics from the Pyeongchang 2018 Winter Games onwards.

The deal is valid in 50 countries and territories in Europe, with Vonn working towards Pyeongchang.

"Throughout her career Lindsey has proved herself to be not only a trailblazer who has evolved into a global icon, but also a role model for millions across the world.

"Across all Eurosport platforms, fans will get a unique insight into how this world-class athlete prepares, the high moments, the low moments, and the challenges she faces as she 'chases history'".