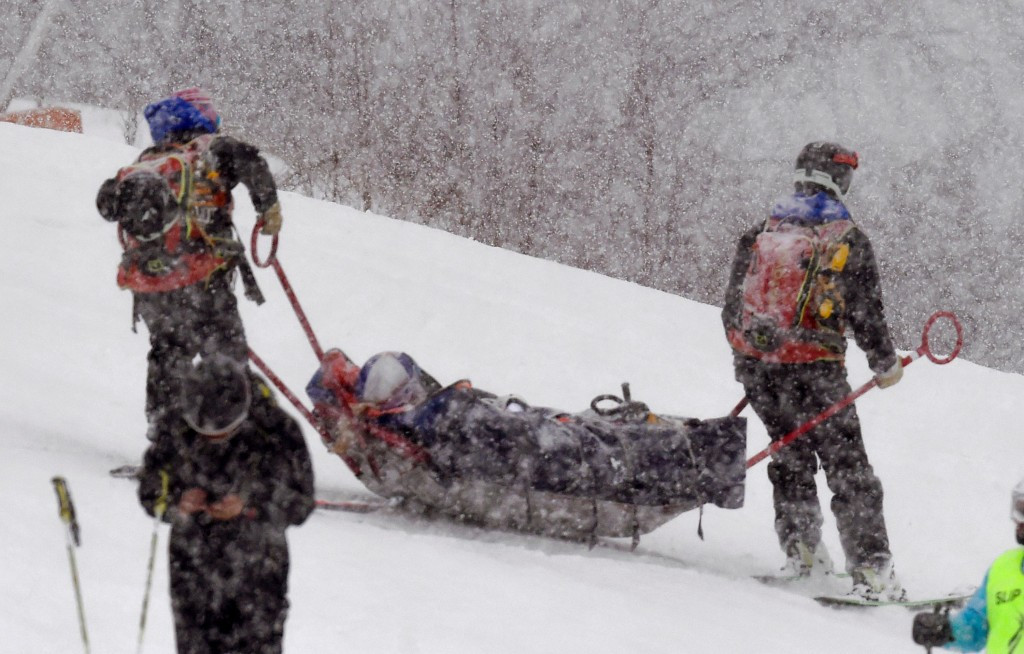 Lara Gut has closed the gap on Lindsey Vonn in the race for the overall International Ski Federation (FIS) Alpine Skiing World Cup title after the American was taken to hospital following a crash in Andorra today.

The super-G race at Soldeu went the way of Italian Federica Brignone but talk centered around Vonn, the overall leader who leaned too far into a turn and slid into the fencing during her run.

Thirty-one-year-old Vonn, the Olympic downhill champion from Vancouver 2010, stayed down after the crash after injuring her knee, with no further details yet available.

Switzerland's Gut could only finish 16th but collected 15 points to move onto a total of 1207, only narrowly behind Vonn who was carried off and has 1215.

With just nine races scheduled this season, Vonn will be hoping for a swift recovery or she could be ruled out of contention with Alpine Combined in Soldeu tomorrow.

Germany's Viktoria Rebensburg, who is third in the overall standings, is out of contention for the big prize as she is way back on 914 points.

Brignone won her first World Cup since the season opening giant slalom in Solden in Austria in October.

Her time of 57.33 sec saw her edge Laurenne Ross of the United States into second by 0.13 with Austrian Tamara Tippler third in 57.70.

"It’s incredible today," said Brignone, who made the podium for the first time in super-G.

"I just can’t believe it, and it’s crazy.

"I know this was a tough race.

"It was not the best conditions for the best racers, the top seven, but then I took advantage of my luck and I just skied my best and tried to push.

"I knew it was just one minute of super-G, so I tried to push every single turn.”

His victory means Norway have equalled Switzerland and Austria as the only nations to win 18 men's World Cup races in a single season.

The 26-year-old, who is chasing the overall crown for a fifth straight year, has 1285 points ahead of Norway's slalom specialist Henrik Kristoffersen, who wasn't in action today and has 1022.

Aksel Lund Svindal, another Norwegian, is third on 916.

"Most of the time, ski racing is not about fun,“ said Hirscher.

"It‘s about skiing fast, and this worked out pretty well for me today.

"It‘s a big surprise to earn 60 points in the Super-G, I think no one could predict that."