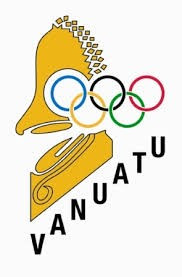 Officials from the Vanuatu Sports and National Olympic Committee (VASANOC) held a meeting with representatives from the Pacific Games Council ahead of the country hosting the Pacific Mini Games next year.

Vanuatu's capital Port Vila will host the Games - a scaled down version of the main Pacific Games which will not feature regional powerhouses Australia and New Zealand.

Competition will take place between December 4 and 15 in 2017 with Organising Committee chief executive Clint Flood stressing the need to make sure that all visiting teams will be able "to compete and do their best".

"It's the most important job we have," said Flood to RNZ.

Also present at the meetings were 13 National Sporting Federations (NFs) from Vanuatu, who will be sending athletes to compete at the Mini Games.

VASANOC chief executive Henry Tavoa explained to the NFs the role they will need to play to get Vanuatu prepared.

Pacific Games Council President Vidhta Lakhan, meanwhile, said that the Games will only be a success if the hosts are able to perform at their best.

The quadrennial event was last held in Mata-Uta in Wallis and Futuna in 2013 and will be held in Majuro in the Marshall Islands in 2021.

Vanuatu has never won an Olympic medal and sent four athletes to Rio 2016 in August.

The delegation included table tennis player Yoshua Shing, who served as flagbearer before losing his first round match.