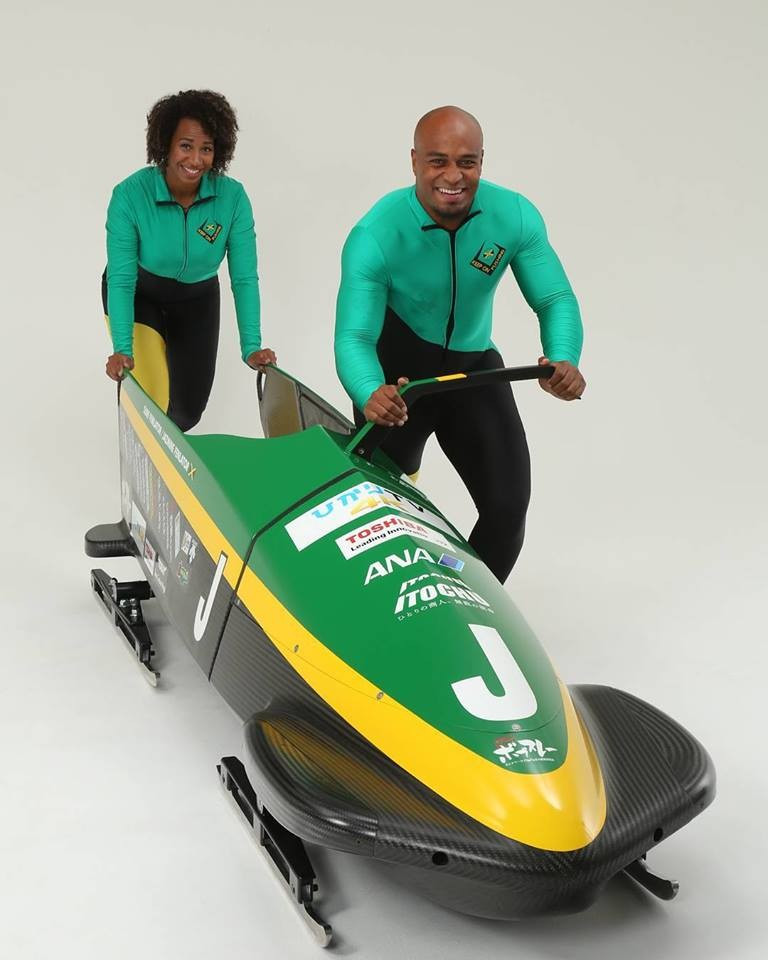 Japanese manufacturers have unveiled a sled they have developed for the Jamaica Bobsleigh Federation (JBF), which is hoped will boost their preparations ahead of the Pyeongchang 2018 Winter Olympic Games.

The JBF signed a pact with the Shitamachi Bobsleigh project in July, guaranteeing them three "high-quality" sleds by the end of this year.

A team of 60 workers reportedly worked on developing the new model called the Shitamachi Special, with the finished product unveiled in Tokyo.

The sled has been designed for two riders and has been claimed to have a smaller air resistance to previous models used, which would aid the competitors down courses.

The completed model was painted in the colours of the Jamaican national flag - green, yellow and black.

"The craftsmanship from all who participated with the Shitamachi Bobsleigh project is the best in the world," Jazmine Fenlator told The Japan Times.

Fenlator was recruited by Jamaica earlier this year, having competed for the United States at the Sochi 2014 Winter Olympics.

She qualifies for Jamaica as her father Cosman is from the Caribbean island and is now aiming to qualify for the women’s competition at Pyeongchang 2018.

Testing on the sled is due to begin at the end of October, ahead of racing and improvements being carried out in the build-up to the Olympics.

Junichi Hosogai, general manager of the promotion committee, told The Japan Times he expects the Jamaican team to enjoy success with the sleds.

"We are confident that [the Jamaican team] will not only be able to compete at the Pyeongchang Olympics but also win a medal," he said.

Jamaica launched their bobsleigh programme in 1987 and competed at the Winter Olympics in Calgary the following year.

Their team failed to finish in the four-man event, but were the inspiration for the Hollywood film Cool Runnings.

The team of Winston Watt and Marvin Dixon finished 29th in the two-man event.