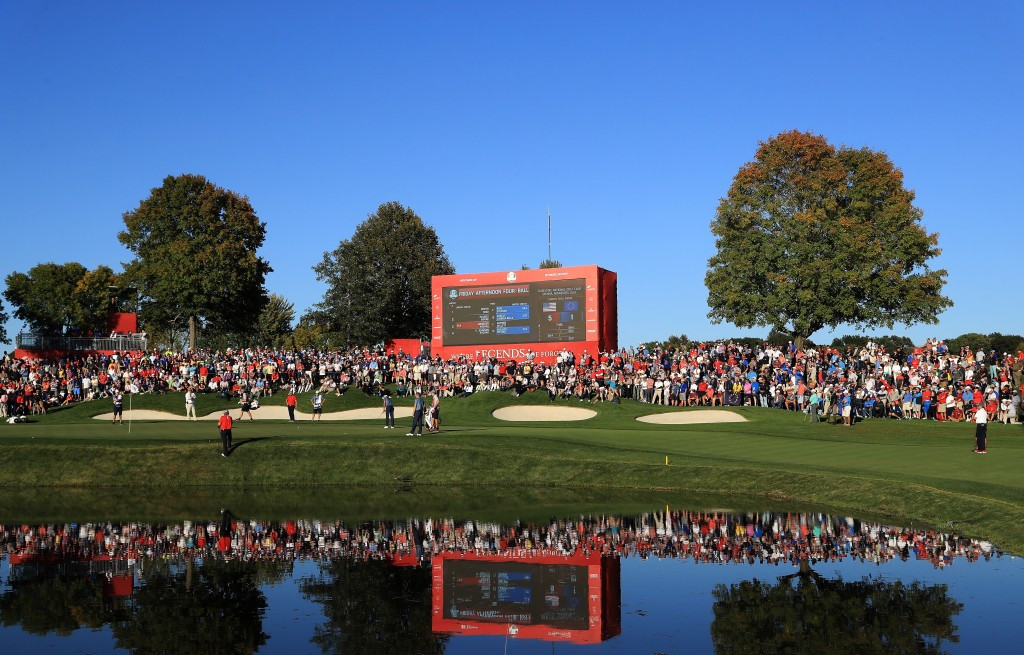 Europe battled back into contention after a disastrous start to the defence of their Ryder Cup crown on a pulsating opening day of competition at the Hazeltine National Golf Club in Minnesota.

A dominant home team had swept into a 4-0 lead after a foursomes whitewash before this was trimmed to 5-3 by the close.

Phil Mickelson and Rickie Fowler also beat Northern Ireland's Rory McIlroy and England's Andy Sullivan one up despite trailing by two after 14 holes to seal the first US sweep in any Ryder Cup session since 1981.

It marked the first US opening session sweep since 1975 at Laurel Valley.

Three-time defending champions Europe, however, have played at their best when trailing in recent year, and memories of their come-from-behind victory at Medinah four years ago will still cause shudders within the American golfing fraternity.

They duly began the fightback in the afternoon foursomes.

A magnificent eagle putt on the 16th from McIlroy prompted a bow to the crowd in celebration.

But Brooks Koepka and Brandt Snedeker won 5&4 against Willett and an out-of-sorts Kaymer to ensure the US remain ahead.

"The consensus at lunch was we have to chip away at the lead," said McIlroy afterwards.

"I don't think we could have dreamed it any better this afternoon and we are probably going into our locker room a little bit happier than they are this afternoon."

The match is now brilliantly poised heading into a second round of foursomes and fourballs action tomorrow ahead of the singles finale on Sunday (October 2).

"You know it's going to be a close match," added US captain Davis Love.

"We shot low scores, just got beat by a team playing unbelievable golf."