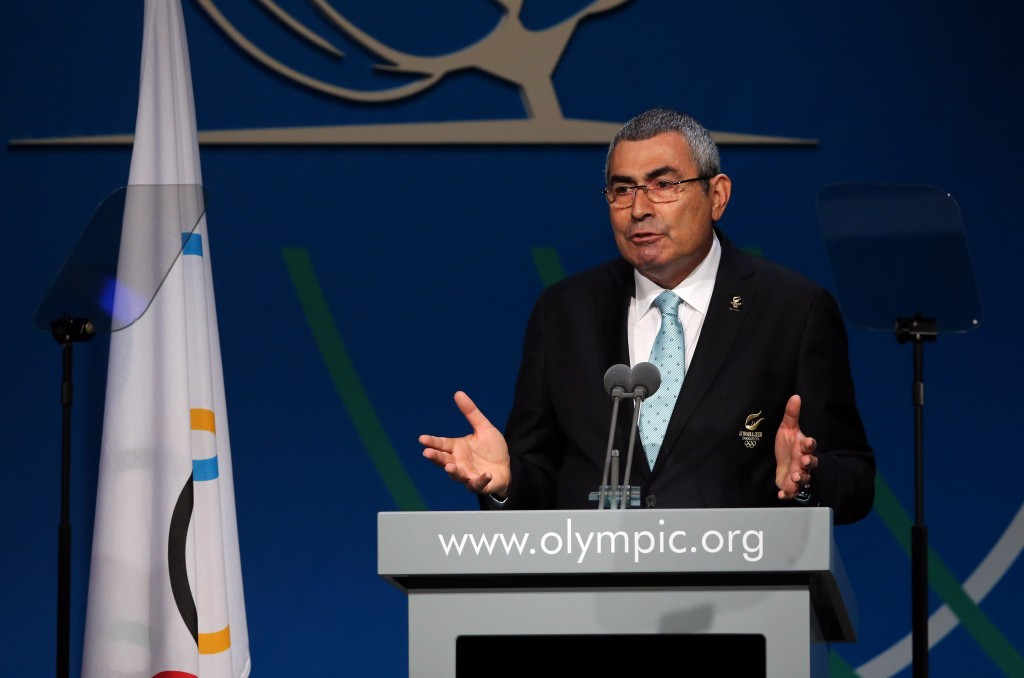 Greater financial support from Governments and a better monitoring and sanctioning system are among changes proposed to the global anti-doping system by International Olympic Committee (IOC) Medical Commission and Scientific chairman Uğur Erdener.

As well as being President of the Turkish Olympic Committee and World Archery, Erdener is also a World Anti-Doping Agency (WADA) Executive Committee member and IOC vice-president.

He is thus considered one of the most influential figures and IOC representatives involved in discussions to reform the system ahead of an Olympic Summit in Lausanne on October 8.

Erdener has opposed any plan for a global integrity unit to collectively administer anti-doping, match-fixing and corruption issues.

He has also called for an end to confrontation between the IOC and WADA ever since the former body rejected the latter's call for a blanket Russian ban from the Olympic Games in Rio de Janeiro last month due to allegations of state-sponsored doping.

"First, we must realise that WADA needs the IOC, and the IOC needs WADA," he told insidethegames after a week of WADA meetings in Lausanne to discuss the way forward.

"Everyone should work together and concentrate on the central goals: the fight against doping, protecting the integrity of sport and the rights of cleanathletes.

"In general, some unnecessary comments distract from the main objectives and do not achieve anything positive for sport.

"Personally, I hold important positions in both organisations, and I can have an objective view of both sides, so I think the only way forward is to stopfurther criticism and instead work together for the best interests of sport."

Erdener admitted that the current annual budget increases are not enough for WADA to fulfil a greater role and that more support is needed, especially from the Governmental side.

At present, WADA is constituted and funded on a 50-50 split between the sports world and public authorities.

"Every year, during WADA meetings, we discuss a two-three per cent increase in the budget," he said.

"This amount is not enough to cover all anti-doping activities; especially the contribution of the public side needs to come into line with that of the sports movement.

"Of course, we also expect some new regulations in the legal area from the public side, which will support anti-doping policies."

Erdener is a strong advocate of plans to introduce an independent testing authority to sit underneath but separate to WADA.

"The fight against doping needs to evolve," he added.

"Testing, compliance and sanctioning are some key elements of that fight - we cannot combine all of them in the same body.

"We need to develop a strong compliance system before imposing sanctions, andthat includes the monitoring and kind of support that drives such systems to improve.

"Sanctions are the second step; monitoring is the first and should be the absolute priority."

But Erdener believes anti-doping should not be combined with other issues, such as match-fixing or health and injury prevention.

This comes as officials seek to present a new united front ahead of a tumultuous period of conflict.

Some, including Argentinian IOC member Gerardo Werthein, have called for a "major restructuring" of WADA and have blamed it solely for supposedly fail to spot Russian doping problems earlier.

WADA's former director general David Howman has, in turn, suggested the IOC could be declared non-compliant for its decision to let International Federations make their own decisions on Russian eligibility at Rio 2016.

Erdener chaired a three-person IOC panel which made final decisions based on International Federation recommendations.

Howman also told insidethegames of his fears that the IOC are more interested in control than independence in their anti-doping plans as rumours of the integrity unit grew earlier this month.

The IOC have since claimed these rumours were a "total fabrication" but there is still concern as to what exactly Bach is hoping to achieve at the Olympic Summit.

Bach claimed at the Olympic Council of Asia General Assembly here yesterday that clear criteria clarifying who is responsible for compliance issues must be introduced.

He did not specify exactly what those criteria should be.

The words of Erdener, a close ally of Bach, will therefore come as something of a relief to WADA officials, although some of their objectives are still likely to differ.

Specific sanctions for non-compliance is one likely bone of contention, with the IOC likely to resist allowing WADA any control over overturning decisions on suspensions and the awarding of sporting events to host cities.

Canada's IOC Athletes' Commission member Hayley Wickenheiser has been among those to call for specific non-compliance sanctions, as well as greater funding from both sporting and public bodies.

"WADA needs to have the ability and autonomy to apply sanctions for non-compliance, but these must be proportionate, reasonable and graded," the four-time Olympic ice hockey gold medallist told insidethegames.

"Work needs to be done to establish such guidelines - to include criteria to return - while WADA also needs to continue providing assistance with partners for those in need."

She also called for greater monitoring of laboratories and a better system for protecting whistleblowers - two aspects not mentioned by Erdener.

Peruvian IOC member Ivan Dibos has also called for more funding as well as greater support for WADA from the IOC.

"I think WADA has net been exactly keen on its mandate, but we must also admit that when doping becomes institutionalised and Government-supported it makes it harder to tackle," he told insidethegames.

"The recent scandal has showed us that cooperation with Governments is necessary.

"That is where WADA needs the more support from IOC.

"It is also our role as the head organisation of the movement to establish more efficient compliance with central Governments.

"I support the idea of creating a professional intelligence department/unit.

"This unit needs to be pragmatic and goal oriented.

"Likewise, the adverse situation we are in can be used as an opportunity to spread anti-doping practices through more laboratories and creation of NADO’s within developing countries.

"For this purpose, the increased funding alongside collaboration with Governments and IFs (International Federations) could represent the solution."