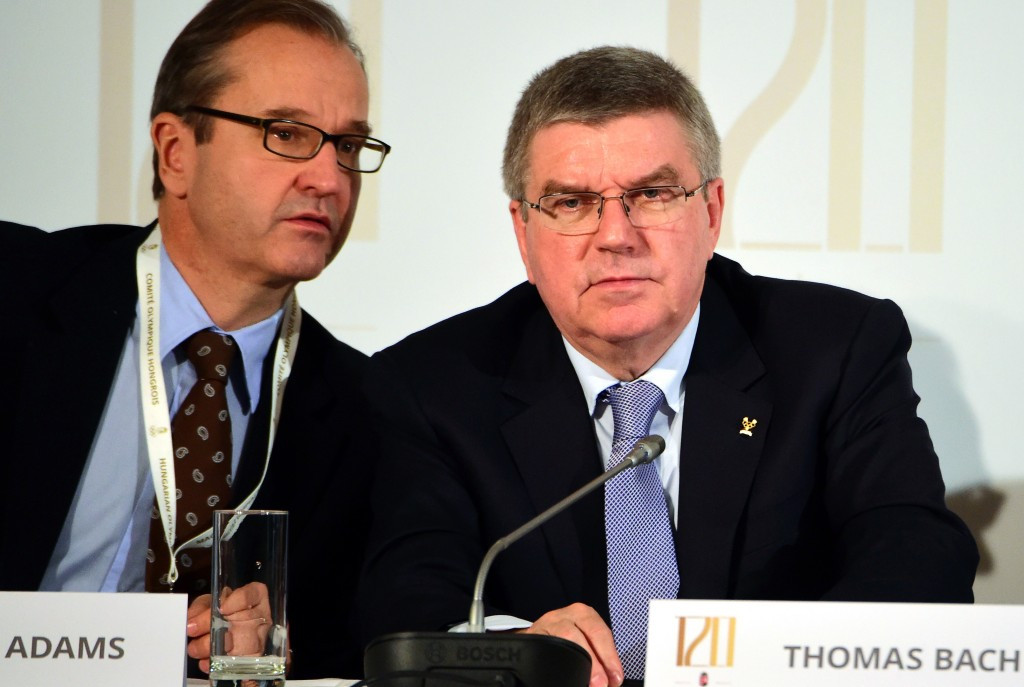 The International Olympic Committee (IOC) has claimed there "is not a shred of truth" in suggestions that they are planning to form a new Integrity Unit to oversee anti-doping and match fixing issues.

Several reports have appeared recently about such a plan which had not been officially denied by the IOC until now.

The keynote address in this week's WADA-convened "Think Tank" in Lausanne then highlighted such a proposal in detail.

"Perhaps most threatening to WADA’s future, the Qatari-funded organisation the International Centre for Sports Security (ICSS) is negotiating with the IOC and other sports officials to establish an agency responsible for integrity in sports," investigative journalist Declan Hill said during a keynote speech to the Think Tank in Lausanne which he subsequently published on his website.

"The proposed new agency  will be launched in January 2017 in Lausanne, Switzerland.

"Thomas Bach, the President of the IOC, is due to speak on this issue on October 8th, 2016.

"IOC officials confirm this alliance has been proposed to deal with match-fixing, but say that it will not affect the anti-doping field."

All of this has now been denied by IOC Presidential spokesman Mark Adams, however, who told insidethegames today that it is a "total fabrication".

Adams, due to arrive here tomorrow for the Opening Ceremony of the Asian Beach Games, added: "There is not a shred of truth to it.

"We honestly don't know where it came from.

"It has not been considered and will not be considered."

insidethegames has been told that the origin of such an Integrity Unit may have come from a speech given by former British Prime MInister David Cameron at an Anti-Corruption Summit in London in May.

The IOC were represented at the Summit by their chief ethics and compliance officer Paquerette Girard-Zappelli.

After the event, Bach was quoted on the IOC website as saying: "As welcomed by the Summit, we will take the fight against corruption further by launching the International Sports Integrity Partnership."

It was hoped that a Charter would be set-up for good practice, although plans have stalled since Theresa May replaced Cameron as Prime Minister earlier this summer.

This may have been where confusion occurred.

It is possible that WADA may have spread reports of such an idea in order to gather support for their alternative plans.

It is also conceivable that the IOC deliberately allowed the rumour to grow before denying it today in order to foster uncertainty within the anti-doping movement.

The sports world continues to wrestle with the allegations of state-sponsored doping in Russia ahead of the expected publication of more revelations from the WADA-commissioned report spearheaded by Canadian lawyer Richard McLaren.

WADA called for Russia to be handed a blanket ban following these revelations, but the IOC rejected this and instead handed responsibility to International Federations to form individual criteria for Russian participation.

Divisions have since grown between the two organisations, although a cooling of tensions was reported following the Think Tank.

The IOC have publicly called for WADA to oversee plans to introduce an independent testing system at the Montreal-based organisation.

Argentina's Gerardo Werthein has, however, advocated a "thorough review" and a "major restructuring".

Israel's Alex Gilady called for a "fresh look" in which WADA should "come now with proposals on how to make this work as the IOC had proposed WADA to do".

Canada's IOC Athletes' Commission member Hayley Wickenheiser, however,  has told insidethegames that WADA's role should not continue to be undermined.

"There can only be one anti-doping agency worldwide - WADA - to maintain the faith and confidence of the athlete community," the four-time Olympic ice hockey gold medallist said.

"But it has to be strong and independent, so able to act with autonomy and the powers to impose sanctions when they need to in the case on non-compliance, and well resourced and that is not the case at the moment.

"Public undermining and criticism of WADA has eroded the athletes’ confidence.

"We need actions and statements that will support  and strengthen WADA and the very important work they do."

Better support for whistleblowers and greatly improved funding from both the IOC and Governments were other ideas proposed by the Canadian.

insidethegames has contacted the British Government Department of Culture, Media and Sport for a comment on whether they are pressing ahead with Cameron's ideas.