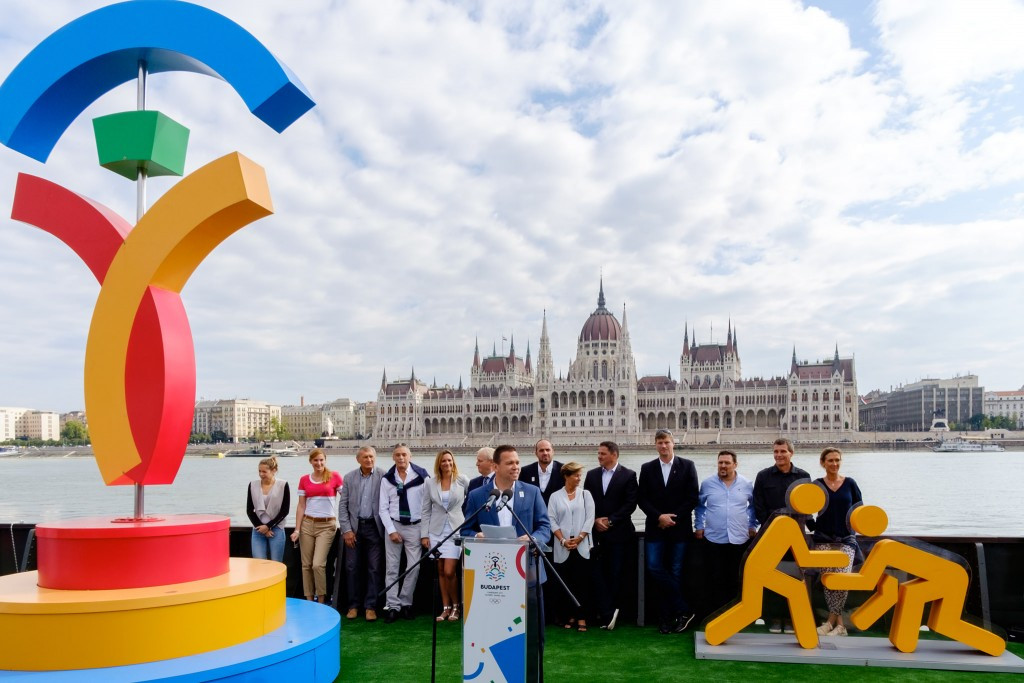 Budapest 2024 organisers have opened a "unique" interactive visitor centre in the Hungarian capital, which will aim to showcase the "originality and world-class thinking" of the city's bid for the Olympic and Paralympic Games.

The complex is housed on a 700-square-metre barge on the River Danube, which Budapest hopes to use as a key transport artery in eight years time.

It is situated opposite Hungary's Parliament building and near to Batthyány Square, with admission free between 11am and 7pm from Tuesday to Sunday.

It is hoped 10,000 visitors will be welcomed over the next 12 months, where exhibits in two pavilions used to argue why Budapest should host the Olympics.

In the first of these, focus is given to the upcoming 2017 International Swimming Federation (FINA) World Championships in the city, which organisers say proves capability of hosting world-class sporting events.

Among the features will be digital versions of swimmers Tamás Kenderesi and Boglárka Kapás - both bronze medallists in the pool at the Rio 2016 Olympics last month - and a virtual reality tour of the Budapest Aquatic Centre.

The second pavilion will explain the "creativity and confidence" of the Budapest bid which will highlight the "master-plan" for the Games with emphasis on the "accessibility and proximity" of venues.

Sustainability and legacy plans are also exhibited to explain the benefits for both the nation and the region.

Elsewhere, an arrival area where visitors can disembark from boats will feature a giant model of the Budapest 2024 bid logo.

"The FINA Championships are really important to us, not just because Hungary is strong in swimming, but because we are also strong in hosting international sporting events," said Fürjes.

"It shows our ability to deliver a world-class sporting venue on time and under budget, especially as we stepped in after Mexico's withdrawal.

"In fact we have developed a first world record in swimming on dry land due to our fast delivery of venue design and build.

"We look forward to hosting the European Youth Olympic Festival (EYOF) in Györ, also in summer 2017.

"The size of these Games is equal to one-and-a-half times that of the Winter Olympics."

Budapest is competing against Los Angeles and Paris to win the hosting rights for 2024, with Rome's bid now as good as dead following the decision of Virginia Raggi, the Italian capital's Mayor, not to back it.

The Hungarian attempt is seen by many as being an outsider against its two rivals, but the International Olympic Committee's (IOC) Agenda 2020 reforms, which call for more cost-effective and compact Games, have given hope to the smaller contender.

The IOC will elect a host on September 13 next year, at its Session in Peru's capital Lima.

"It’s great to be working together with the bid team and the city authorities to deliver a new facility to promote the dynamism and ambition of Budapest," said Tarlós.