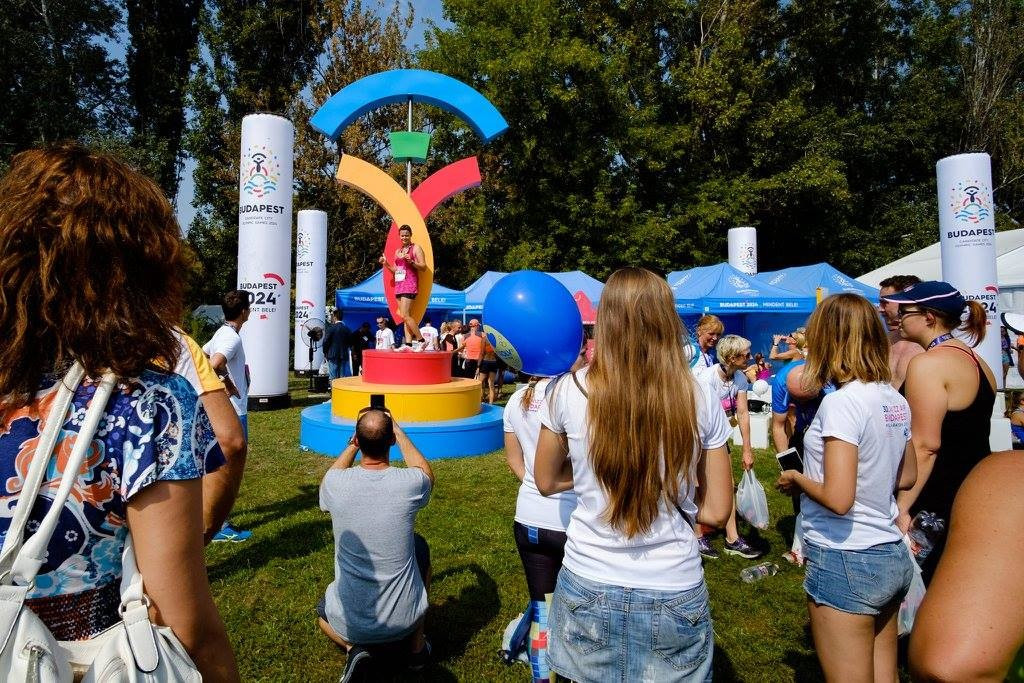 Budapest's bid to host the 2024 Olympics and Paralympics has received a boost after a new poll found that around two thirds of Hungarian citizens would be “proud” or "very proud" if Budapest hosted the Games.

The countrywide poll, carried out by French market research company IPSOS, was carried out to coincide with the one-year countdown until the vote at the International Olympic Committee (IOC) Session in Lima in Peru on September 13 in 2017, where Los Angeles, Paris and Rome are also due to be in the race.

The survey also indicated that there was a clear majority support across the full cross-section of Hungarian society, including urban and rural, it is claimed.

Overall, there has been no significant shift compared to the outcome of the last poll in December 2015, with the majority of Hungarians remaining positive about hosting the Olympics and Paralympics in 2024.

"Hungary is an Olympic nation which honors its Olympic and Paralympic champions as national heroes," Iván Rózsa, director of Communications for Budapest 2024, said.

"We have had a number of Budapest Olympic bids before with sound public support and, as we can see from the recent poll results, the bid is a matter of national pride for Hungarians.

"The responses we are receiving in our domestic public engagement programme are overwhelmingly optimistic."

Budapest 2024, however, could still face the threat of a national referendum on the bid.

The National Election Committee now has until October 6 to carry out a full inquiry on the question asking citizens whether they want Parliament to repeal the law about bidding for and hosting the Olympics.

The referendum still faces several potential legal hurdles, though, and organisers need to gather 200,000 signatures in four months in favour of the vote.

A previous attempt to hold a similar referendum was rejected by the supreme court in February.

Support for Budapest 2024 has been helped by the success of Hungary's team at Rio 2016.

They won a total of 15 Olympic medals at Rio 2016, including eight gold, finishing 12th overall.

It was their best performance since Athens 2004.

Hungary's Prime Minister Viktor Orbán led the tributes to the team after Rio 2016 and predicted it would help the chances of Budapest 2024.

"The total Hungarian population makes up 0.2 per cent of the world population," he said.

"And yet we beat the world eight times.

"If we were not among the world’s ten best nations in Olympic history, with our size and economic strength we would not stand a chance of making a strong case to the rest of the world as to why it should come to Budapest in 2024 to see the Olympic Games.

"The Hungarian people have earned this with their work over the past 100 years.

"This is the decisive argument."