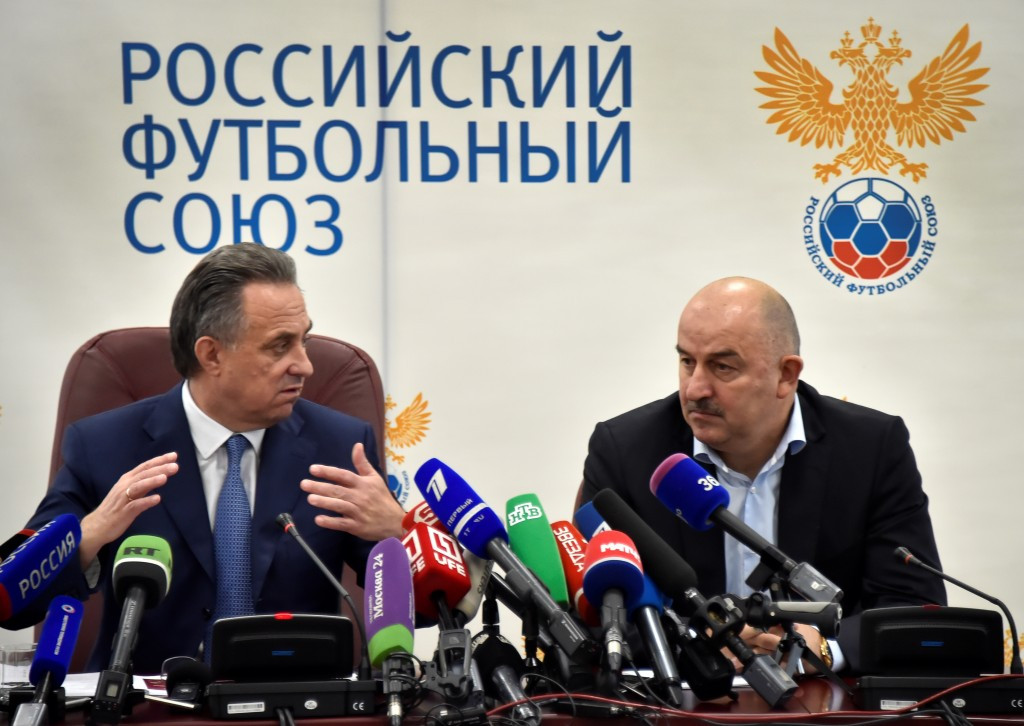 Sports Minister Vitaly Mutko should be banned from running for the Presidency of the Russian Football Union (RFU) as his candidacy violates the FIFA Statutes on political interference, according to the country’s National Coaches Union.

According to the TASS news agency, the Russian National Football Coaches Union (RNFC) are against Mutko, whose position as Sports Minister has come under fire due to the allegations of state-sponsored doping surrounding the nation, being allowed to stand for re-election as head of the RFU.

The news comes just two days ahead of the vote, due to be held on Saturday (September 24), with the winner serving a four-year term.

Whoever is successful will have a key part to play as Russia prepares to host the FIFA World Cup in 2018.

Mutko, a member of FIFA’s ruling Council, received the backing of the Council of Russia’s Professional Football League in August.

The controversial 57-year-old was also given the support of Igor Efremov, chairman of the Football National League (FNL), the second tier of Russian football, back in June.

"We would like to point out that current RFU President Mutko has been nominated for this post and then announced his consent, although he did not resign from the position of Sports Minister, and this fact contradicts the existing football norms and regulations," the RNFC said in a statement.

The RNFC have instead chosen Russian coach Valery Gazzayev, who was in charge of CSKA Moscow from 2004 and 2008, winning the UEFA Cup in 2005, as their preferred candidate.

Gazzayev declared his intention to run in August, claiming he had a "better chance of winning than Mutko does".

Mutko has been in the post since 2015 after Nikita Simonyan was removed in a no-confidence vote.

He had previously served in the role between 2005 and 2009, but left after a Government rule prevented officials from holding major roles in sporting bodies.

An exception was made to enable Mutko to return to the post last year.

His candidacy for re-election has been questioned following allegations he prevented the reporting of a positive drugs test from a top-flight player in the country.

The claims were made in a documentary from broadcasters ARD/WDR, entitled: The Secret World of Doping: Showdown for Russia.

The fourth edition of the explosive series produced by Hajo Seppelt, Florian Riese Wieck and Felix Becker, the first programme of which proved the catalyst in the doping scandal currently engulfing Russia, accuses Mutko of covering up a doping offence made by a footballer who plays for FC Krasnodar.