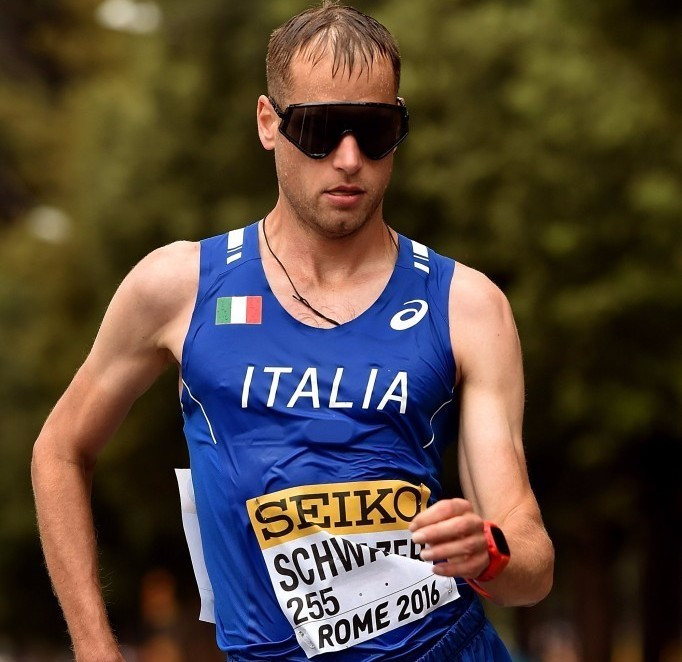 The urine sample of banned Italian race walker Alex Schwazer has reportedly been seized after prosecutors said they wanted to carry out DNA tests.

Schwazer, the Beijing 2008 Olympic 50 kilometres champion, is currently serving an eight-year ban for a second doping violation but has insisted that he is the victim of foul play.

He admitted taking erythropoietin after failing a drugs test for the first time before London 2012 but in June, just weeks after he returned from a suspension of three years and nine months, it was announced that he had failed again for testosterone.

This followed re-analysis of a urine sample taken in January.

The 31-year-old claims he is innocent this time, and that the test was either tampered with or deliberately rigged to discredit him.

Now, ANSA has reported that a prosecutor in German city Cologne has seized Schwazer's positive sample from the second case, which led to him being banned from Rio 2016.

The request for this came from authorities in Bolanzo in Italy, it has been reported, with deputy prosescutor Giancarlo Bramante asking for the sample to be DNA tested and for international experts to carry out  chemical analysis "in order to understand if the substance found in the urine can be added at a later time".

The prosecutor will also ask the International Association of Athletics Federations (IAAF) and the World Anti-Doping Agency (WADA) to appoint their own experts, it has been reported.

Schwazer had an appeal against his eight-year ban turned down by the Court of Arbitration for Sport in August, as he aimed to keep his Olympic hopes alive.

He had returned to competition in dramatic style in May, when he won the 50km race at the IAAF World Race Walking Team Championships in Rome.

He has now been stripped of this title, with the gold medal passing to Australia's Jared Tallent, who had also finished second to the Italian at Beijing 2008.

Tallent also belatedly received the Olympic gold medal in the 50km walk from London 2012, which he was awarded after the original winner, Russia's Sergey Kirdyapkin, was banned for doping.

In July it was reported that Schwazer had taken his case to the Raggruppamento Operativo Speciale - a special unit of Italy’s national gendarmerie, the Carabinieri, set up in 1990 to coordinate investigative activities against organised crime.

His lawyer Gerhard Brandstätter had also demanded that his client's urine sample be tested for DNA.

He has alleged Schwazer could be the victim of "external interference" in the testing and claimed "everything that has happened probably happened because Alex went against strong powers and vested interests".