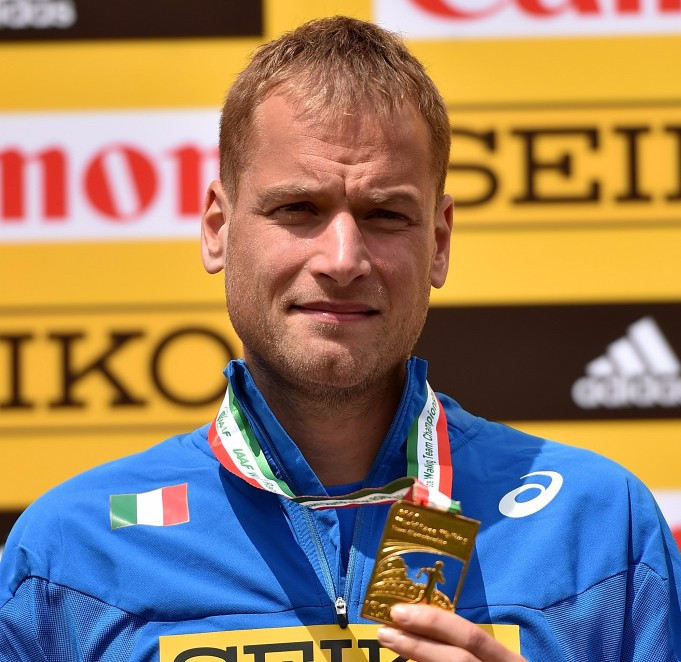 Italy's Alex Schwazer, who is here in Rio ahead of the men’s 20 kiloemtres walk on the first day of the athletics programme on Friday (August 12), has had his appeal against an eight-year ban for a second doping violation turned down by the Court of Arbitration for Sport.

The CAS decision, which had been pushed for by the International Association of Athletics Federations (IAAF), came through earlier than expected.

Schwazer, the Beijing 2008 50km champion, returned to competition in May after serving a ban following a positive test for erythropoietinon the eve of London 2012.

He commented at the time: "My career is finished...I wanted to be stronger for this Olympics, I made a mistake."

But the Italian, who returned to competition following a three-and-a-half-year doping ban in May when he won the 50km at the IAAF World Race Walking Team Championships in Rome in May.

Soon after his return, though, it emerged that urine sample the 31-year-old had provided for a test on January 1 this year had been analysed more than three month later, using different methods which had detected the presence of an anabolic steroid.

All other tests conducted on Schwazer in 2016 had been negative.

Schwazer, whose defence included witness appearances via Skype, argued that he had returned clean to the sport, although his fellow Italian, the IAAF World Indoor high jump champion Gianmarco Tamberi, described him as “the shame of Italy” because of his doping record.

The only possible redress for Schwazer now that CAS has ruled for the IAAF is via the Swiss Federal Court, but his chances of returning to Olympic competition after a gap of eight years have clearly gone.

"The Court of Arbitration for Sport has dismissed the appeal filed by the Italian racewalker Alex Schwazer who challenged the provisional suspension imposed on him by the International Association of Athletics Federations," CAS said in a statement.

"Furthermore, the CAS sanctioned him with an eight-year period of ineligibility starting on the date of today, less any period of provisional suspension effectively served as of 8 July 2016.

"All competitive results obtained by Alex Schwazer from and including 1 January 2016 are disqualified with all resulting consequences, including forfeiture of medals, points and prizes.

"On 18 July 2016, the CAS already dismissed an urgent request for provisional measures filed by the athlete."

Schwarzer will now be stripped of his IAAF World Race Walking Team Championships title he won in Rome.

The gold medal will pass to Australia's Jared Tallent, who had also finished second to Schwarzer at Beijing 2008.

Tallent recently received the Olympic gold medal in the 50km walkt from London 2012, which he was awarded after the original winner, Russia's Sergey Kirdyapkin, was banned for doping.

Ukraine's Igor Glavan is set to be promoted to the silver medal position from the race in Rome and Schwarzer's team-mate, Marco De Luca, to the bronze.

The IAAF have already disqualified the winner of the the women's 20km event in Rome, China's Liu Hong, after she tested positive following an in-competition test.

She, however, will be allowed to compete at Rio 2016 after being given only a one month ban.

insidethegames understands that the 29-year-old failed for dietary supplement higenamine.

The substance, referred to in the World Anti-Doping Agency (WADA) Prohibited List as a beta2 agonist, is “specified”, meaning athletes are eligible for a reduced sanction.