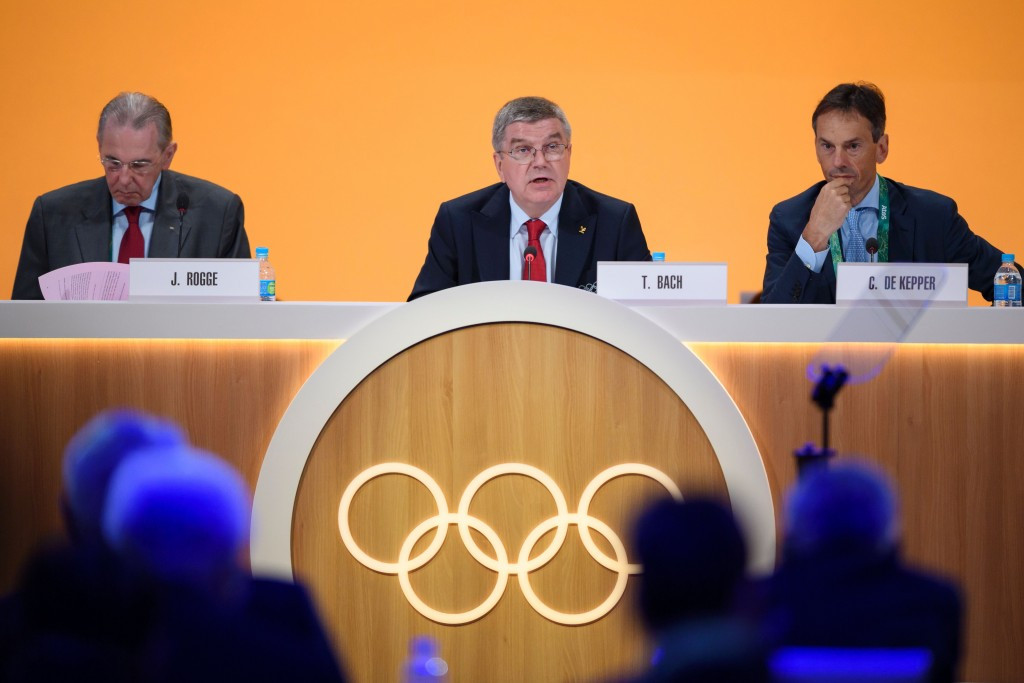 Britain's Adam Pengilly was the only International Olympic Committee (IOC) member to vote against the body's ruling Executive Board in a motion of confidence into their response to Russian doping here today.

Pengilly's show of defiance followed a two-hour debate during which there were repeated messages of support for IOC President Thomas Bach and the Executive Board over their decision not to impose a blanket ban on Russia following allegations of state-sponsored doping.

The exact vote was on approving the general response of the Olympic Summit and IOC Executive Board in their response to Russia after the publication last month of the McLaren Report, which uncovered evidence that doping was endemic in Russia.

Canada's Richard Pound voted in support of the measure, while World Anti-Doping Agency (WADA) President Sir Craig Reedie did not vote because he is an Executive Board member.

He later admitted the anti-doping system was "partly" broken but resisted the opportunity to strongly counter the criticism his organisation received.

Pound, however, did make the opening interjection, criticising Bach for not engaging in dialogue with his membership and calling for an Extraordinary IOC Session to discuss doping issues.

Former skeleton bobsledder Pengilly followed later, criticising the IOC decision to exclude doping cheat turned whistleblower Yuliya Stepanova, despite her having made the initial allegations which led to WADA launching a series of independent investigations.

"The decision to exclude the whistleblower is one that has harmed the fight against doping," said Pengilly.

"We [on the Athletes' Commission] opposed that."

Ali Syed Shahid of Pakistan called for the IOC not to absolve itself of responsibility.

There was also wider support for Pound's call for an Extraordinary IOC Session.

But numerous others were gushing in their praise for Bach and took their lead from him in criticising WADA for not doing enough to combat the problem earlier.

“Leaving aside that such a comparison is completely out of any proportion when it comes to the rules of sport, let us just for a moment consider the consequences of a ‘nuclear option’,” the German said in his opening remarks.

“The result is death and devastation - this is not what the Olympic movement stands for."

Several figures, including Italy's Mario Pescante, referred to the "politically motivated" media for making a decision harder for the IOC.

"We are witnessing direct interference of politics in sport; an attempt to influence decision making process for political means.

He did, however, admit the seriousness of the allegation, and that the "integrity of Russian society is at stake".

United States Olympic Committee chairman Larry Probst criticised those why have claimed the response to Russian doping has been "politically motivated".

The Netherlands' Camiel Eulings claimed Bach had "taken the lead" in the global fight against doping and Nigeria's Executive Board contender Habu Gumel described the IOC decision as "beautiful and concrete".

He said they had been forced to make "incredibly hard decisions in an impossible timeframe" and accused them of being "more interested in publicity than doing its job, acting in the interests of clean athletes".

Past and future IOC Athletes' Commission chairs Claudia Bokel of Germany and Angela Ruggiero of the US also supported the IOC decision in principal.

Ruggiero, though, stressed the importance that they continue their work to get to the bottom of allegations.

Sir Craig opted for a conciliatory response, both in his presentation to the Session later in the day and in his comments to the media afterwards.

He defended the timeline of WADA's work and their responses in recent week and claimed that the anti-doping system was only "partly" broken.

He also disputed the claim that he had been "run under a bus by the IOC", insisting that WADA was staying out of any politics.

But he did criticise the comments of Werthein, saying that he found them "personally offensive", but that he had been assured it was not directed at him.