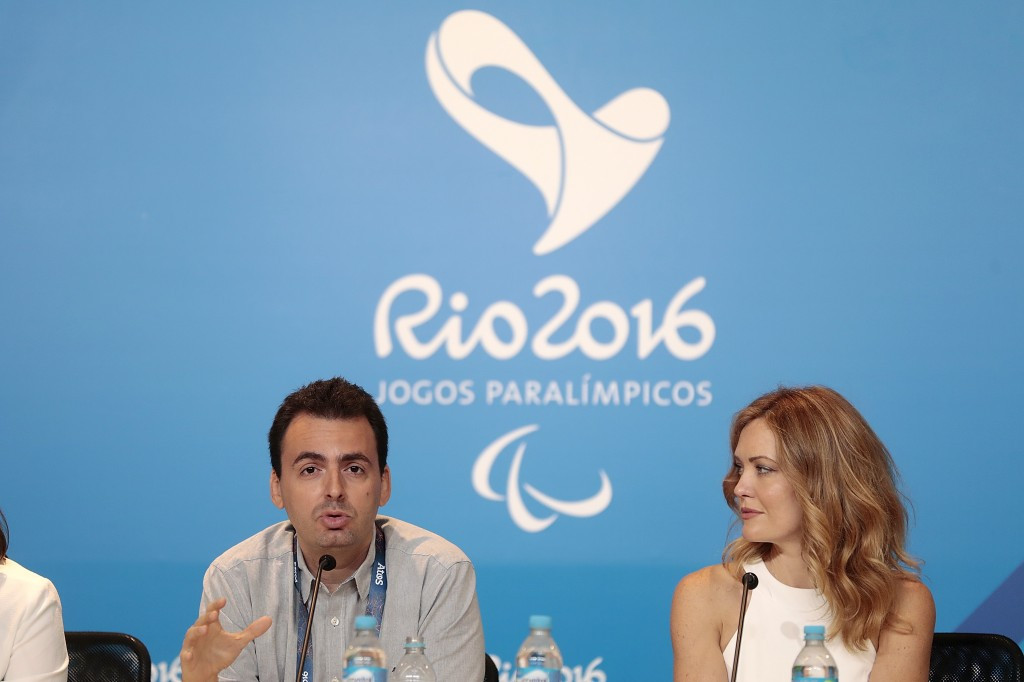 Rio 2016 does not intend to take any special measures to prevent political manifestations during the Closing Ceremony of the Paralympic Games here at the Maracanã on Sunday (September 18), despite a representative of Belarus' delegation being reprimanded for carrying a Russian flag during the Opening Ceremony as a gesture of solidarity with the banned nation.

Details on the Closing Ceremony were provided today by Flavio Machado, executive producer of the Rio 2016 Paralympic Ceremonies.

At the Opening Ceremony on September 7 Belarusian Andrei Fomachkin showed his support for the Russian Paralympic team barred from competing at Rio 2016 for doping offences.

Fomachkin was a guest of the Belarusian National Paralympic Committee President Oleg Chepel at the Games here, but should not have been allowed to take part in the Parade of Nations and subsequently had his accreditation cancelled.

"We believe as an organisation people have the right and the freedom to express themselves," he added.

Machado said today that the Closing Ceremony will be a time "to celebrate the success not only of the Paralympic Games, but the success of Rio 2016".

He added: "It’s a big celebration of diversity and I think the Paralympic Movement and its athletes are a great example of differences co-existing in peace.

"It is a big inspiration for all of us and that’s what we want to do.

"We want to celebrate this diversity, this fantastic, beautiful co-existence between different people from all over the world."

Machado also said that music will be a central part of the Ceremony with Brazilian artists performing on stage from the beginning to the end.

Among them will be Ivete Sangalo, one of the host country's biggest stars

Details surrounding the extinguishing of the Paralympic Cauldron will remain a secret, however, Machado said.

The Cauldron was lit during the Opening Ceremony by Clodoaldo Silva, one of Brazil's most decorated Paralympic athletes with 14 medals, including six golds.

The 37-year-old swimmer, who plans to retire after Rio 2016, did so after manoeuvring his wheelchair up a large ramp.