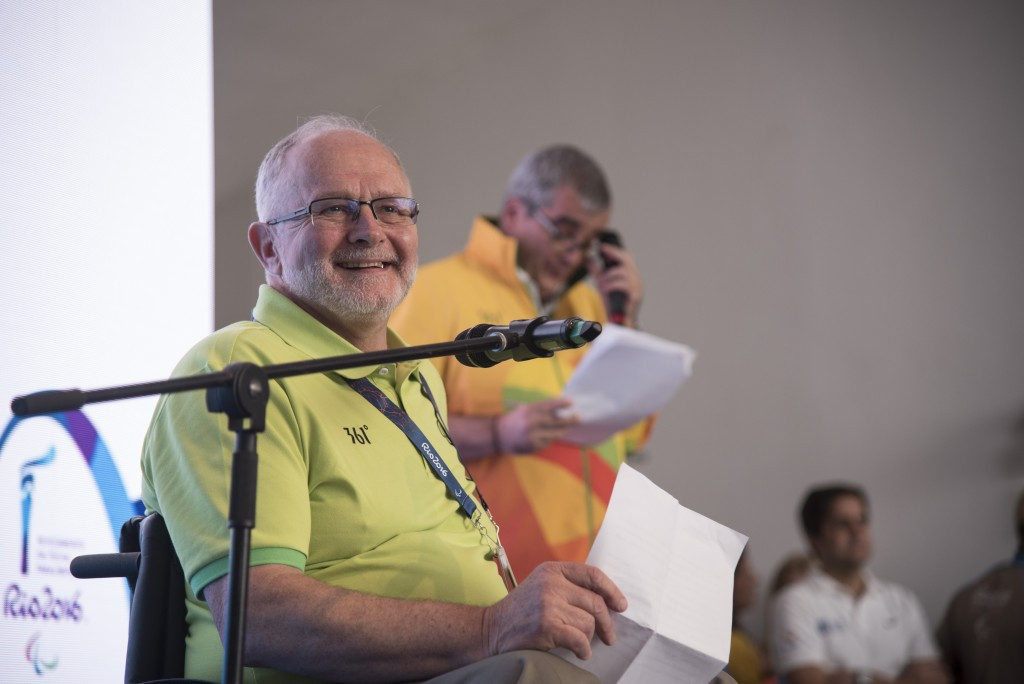 The International Paralympic Committee (IPC) has confirmed that 159 countries will participate at the Rio 2016 Paralympic Games, which are due to get underway here today.

It was expected that all 161 eligible National Paralympic Committees (NPCs) would compete along with the International Paralympic Athletes (IPA) refugees team, but IPC President Sir Philip Craven has confirmed today that African nations Comoros and Liberia have dropped out.

Sir Philip was quick to state that the two withdrawals were nothing to do with the late payment of travel grants for the 10 countries depending on financial support from the IPC and National Governments to compete at Rio 2016.

"They were due to arrive this week, but they’ve not turned up.

"So we’re looking into the reasons for that."

Travel grants were due to be paid yesterday, according to Spence, but Sir Philip revealed this has been pushed back to today.

"The money for the travel grants is coming into our account so that the IPC can pay the 60 per cent travel grants," said the 66-year-old.

"Because we know electronically that money is coming now, from Rio 2016, we’ve starting to pay those grants today."

Organisers were unable to meet a July deadline to pay "vital" grants to at least 60 NPCs, it was announced last month, while the participation of a further 10 was thrown into doubt regardless of whether these were paid.

Craven was critical of the Rio 2016 organisers for failing to alert the IPC to the dire circumstances.

"Don't let us know about it six or seven weeks before the start of the Paralympic Games," he said.

A total of 4,342 athletes are due to compete at Rio 2016, including 1,681 women - the highest-ever female participation at a Paralympic Games.

The number of female athletes marks a 12 per cent increase on London 2012 and is more than double the 790 women that took part at the 1996 Games in Atlanta.

Russia, who the IPC banned from competing at Rio 2016 amid allegations of state-sponsored doping, had 267 slots for the Games with 240 of these being redistributed.

Sir Philip said he firmly stands by the IPC’s decision to ban the country, adding that he has received a lot of support for it.

Their position contrasted starkly with that taken by the International Olympic Committee (IOC), who opted to defer the decision over the extent of participation of Russian athletes at the Rio 2016 Olympics to the International Federations.

"One thing I can assure you, many IOC members came up to me shortly after our decision and shook hands, or said well done, or pinched my shoulder where they didn’t feel like they should talk," said Sir PhilIp.

"I got pretty positive feedback, so where do individual IOC members stand?

"Well if they’ve got a problem, they better come and see me and we can talk it through."