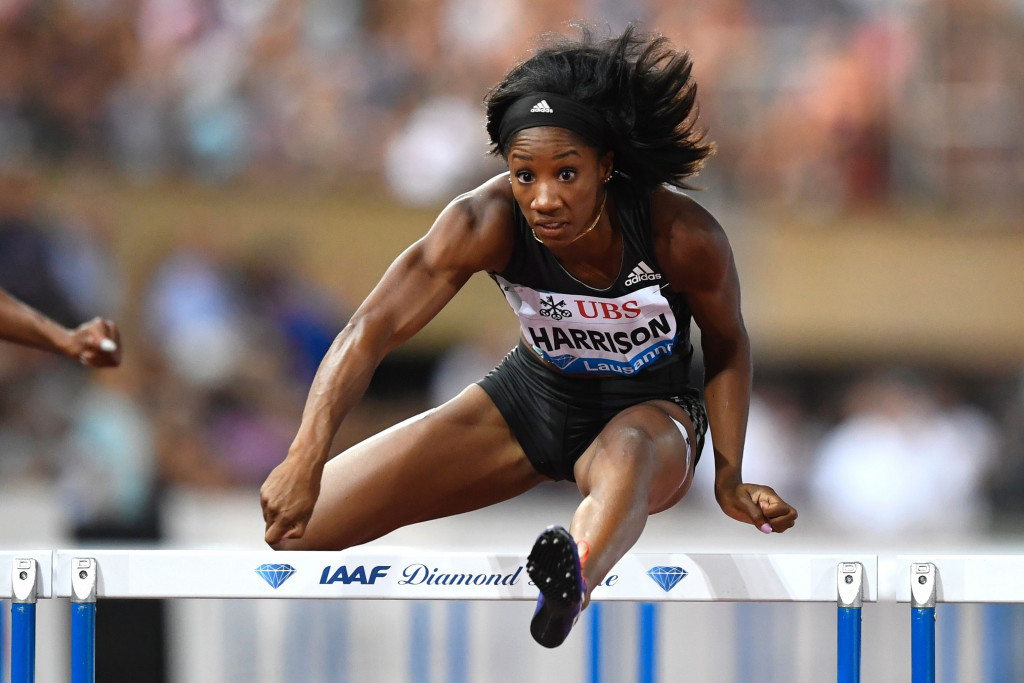 Kendra Harrison of the United States, who broke the 28-year-old world 100 metres hurdles record of 12.21sec in London last month with a time of 12.20 after failing to qualify in the US Olympic Track and Field trials, offered evidence of what Rio missed tonight as she defeated a strong field in 12.42 at the International Association of Athletics Federations (IAAF) Diamond League meeting in Lausanne.

Harrison’s compatriots Dawn Harper-Nelson, the 2008 Olympic champion and London 2012 silver medallist, and Jasmin Stowers, who ran a personal best of 12.35 last year, finished second and third respectively in 12.71 and 12.75.

Harrison, who now moves on to Paris, where she will run in Saturday’s IAAF Diamond League meeting, said: “I didn’t start as well as I wanted to today - I’m a bit rusty because I haven’t competed for a few weeks with not being in Rio.

“For me every time I step on the track it’s an opportunity to work on my execution, and today even though I won the race there are still some things I need to fix.

“I don’t consider being the new world record holder as any pressure, on the contrary it has my confidence very high.

“My objective for the remainder of the season is to win the next two Diamond League races and hopefully get another PB, another world record.”

“There was a mix up at the start, and we had to do a re-run,” said Thompson.

“To be able to produce 10.78 on the second attempt, it’s a great time and I’m looking forward to the remainder of the season.

“I’m the same person I was before the Olympic Games - the reality of being double Olympic Champion has not really sunk in.”

Spain’s naturalised Cuban, Orlando Ortega, silver medallist in the Rio 110m hurdles, earned revenge over the Jamaican who beat him at the Olympics, Omar McLeod, as he won in 13.11sec, 0.01 ahead of the Rio gold medallist, with third place going - as it had done in Rio - to France’s Dimitri Bascou.

In the final event of the night, the men’s 200 metres, European 100m champion Churandy Martina of The Netherlands won in a national record of 19.81 ahead of Alonso Edward of Panama, who ran a season’s best of 19.92.

Olympic 400m hurdles champion Dalilah Muhammad of the United States won in 53.78, with Britain’s Eilidh Doyle - eighth and last in the Rio final in 54.61 - taking second place in 54.45 ahead of Denmark’s Rio bronze medallist Sara Petersen who ran 54.98 to take the lead in the season’s Diamond Race in her event.

Rio silver medallist Ashley Spencer of the US was sixth in 55.86.

Ivana Spanovic of Serbia, who set a national record of 7.08m in taking long jump bronze behind Tianna Bartoletta’s Rio gold, felt how it was to be on top tonight as she earned victory with second and third round efforts of 6.83, with her US opponent only managing fifth place, with 6.46, behind Britain’s Lorraine Ugen who lept 6.71, the only Russian on the circuit, Darya Klishina, who recorded 6.50, and Britain’s Shara Proctor who managed 6.48.

“Mentally this has been a very tough season,” said Klishina, who earned the right to appear in Rio at the last minute through an appeal to the Court of Arbitration for Sport after the IAAF had banned her following what they termed “new information” from the World Anti-Doping Agency.

“I am happy to be back and to be competing - this is what you want as an athlete," she said.

“I hope the situation with Russia is sorted soon and we athletes just have to focus on performing.”

In his first meeting since losing the Olympic pole vault title to an inspired home athlete, Thiago Da Silva, in Rio, France’s world record holder Renaud Lavillenie suffered another defeat as his best of 5.72 only earned second place behind the 5.92 meeting record set by Sam Kendricks of the US, the Rio bronze medallist.

But Lavillenie still extended his lead in the Diamond Race to 18 points, putting him well on course to win a seventh Diamond Trophy in Zürich next week - maintaining his record as the only athlete, male or female, to have won the Diamond League overall on every occasion since it was first held in 2010.

Five of the top six finishers in the Rio men’s high jump competition were competing in Lausanne - only Canada’s champion Derek Drouin was absent - and victory went to Qatar’s Rio silver medallist Mutaz Essa Barshim, who won with a clearance of 2.35 ahead of Britain’s former European champion Robbie Grabarz, who cleared 2.32, the same height as London 2012 silver medallist Erik Kynard and world 2013 champion Bohdan Bondarenko of Ukraine, taking second place on countback.

Victory in the 100m went to Jamaica’s former world record holder Asafa Powell in 9.96 ahead of the Ivory Coast’s Ben Youssef Meite, who clocked 10.01.

Caterine Ibarguen of Colombia, who earned Rio gold in the women’s triple jump four years after finishing second to Olga Rypakova of Kazkhstan, earned another victory over her closest rival with a fifth round flourish of 14.76 after Rypakova – who in June ended the 34-event winning run the Colombian put together post-London – had taken the lead with a fourth round jump of 14.53.

A final effort of 19.94m in the women’s shot put enabled New Zealand’s 2008 and 2012 Olympic champion Valerie Adams to reverse what happened to her at Rio 2016 when a late effort from Michelle Carter of the US earned gold.

Carter took the lead with a fourth round effort of 19.49 but had to give best to the Kiwi at the close.

Former world and Olympic 400m champion LaShawn Merritt of the US, a bronze medallist in Rio, won the 400m in 44.50.