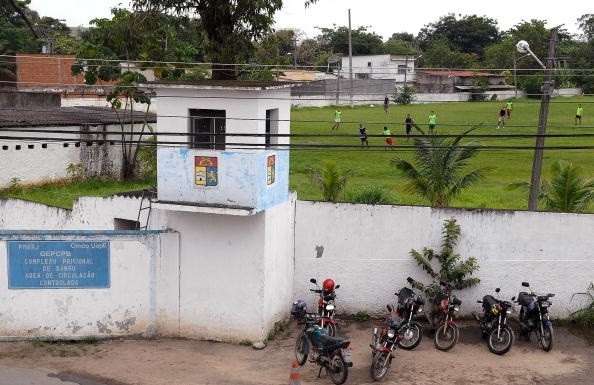 Ireland's Patrick Hickey has been denied bail and appears likely to remain in a notorious maximum security prison over the weekend as an investigation continues both here in Brazil and in Ireland into an alleged ticketing scam connected to the Olympic Games.

Hickey was arrested in a dawn raid at the Olympic Family Windsor Hotel on Wednesday (August 17) before being charged with ticket touting, forming a cartel and illicit marketing.

He was then taken to hospital as a precaution due to chest pain and remained there overnight before being taken straight to a police station yesterday for questioning.

Negotiations have taken place to keep the 71-year-old under house arrest, but, as these continue to stall, he was taken to Bangu Prison in the west of the city.

It is unlikely much progress will be made over the weekend or on Monday (August 22) due to it being a public holiday.

The jail, located in a neighbourhood around 30 kilometres north-west of the main Olympic hub at Barra de Tijuca, is the largest prison complex in Brazil.

It has a "deadly reputation" due to it being the home of some of the country's most notorious criminals, including murderers, drug trafflickers and gang members.

Thirty inmates were killed there following riots in 2004 while five prison officials were murdered there between 2000 and 2005.

Hickey is reportedly being held in Bangu Unit 10, while fellow Irishman Kevin James Mallon is being held in Unit 8 following his arrest earlier this month.

Ray Whelan, the director of Match Services, was held in the same prison in 2014 following his arrest in a similar ticketing scam before being released.

The IOC are thought to be working hard behind the scenes to assist Hickey and there are increasing concerns in the Olympic Movement that he is being treated overly harshly.

Mallon and interpreter Barbara Carnieri were arrested earlier this month for allegedly being in possession of over 1,000 tickets for the Olympic Games that they were not authorised to sell.

Warrants have also now been issued for the arrest of three directors of Pro10; Michael Glynn, Ken Murray and Eamon Collins.

On Monday (August 15), Rio's Civil Police Fraud Unit announced that Marcus Evans, the owner of THG Sports, was one of four executives from the company they have issued arrest warrants for.

It is alleged they all are part of a plot seeking to make $3 million (£2.3 million/€2.6 million) by illegally selling Olympic tickets above face value.

Irish Sports Minister Shane Ross has, meanwhile, announced the establishment of an independent inquiry into the scandal.

The inquiry will be chaired by a yet-to-be-confirmed retired judge and is expected to last 12 weeks.

The OCI, who initially refused to allow an independent person to sit on their own internal inquiry, have now vowed to "cooperate fully" with the State investigation.

Their own inquiry has been abandoned.

"The OCI Board has no further comment on the charges against Mr Hickey who is receiving his own legal advice and is entitled to natural justice and due process," the organisation said in a statement today.

"Independent legal advisors Arthur Cox have been appointed to advise the board of the OCI.

"As referenced in a statement earlier the Board will co-operate fully with a State inquiry and it will now appoint an external independent firm to carry out a review."