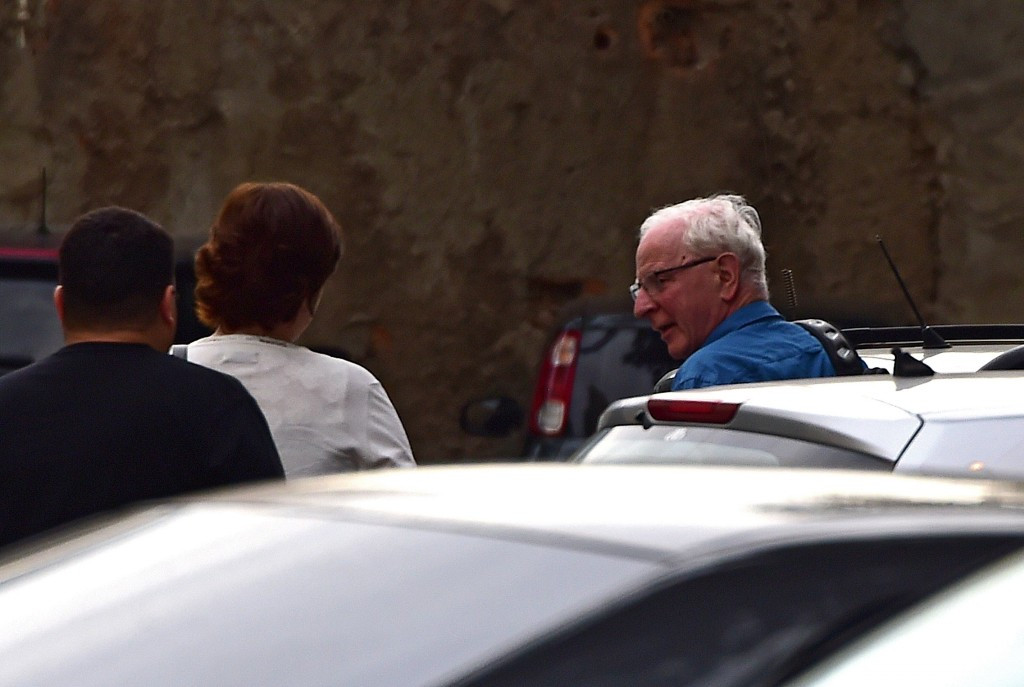 Patrick Hickey was taken straight to a police station following his discharge from hospital today 24 hours after he was charged for alleged involvement in an Irish ticketing scandal.

The 71-year-old Irishman was arrested in a dawn raid at the Olympic Family Windsor Hotel yesterday and subsequently charged with ticket touting, forming a cartel and illicit marketing.

He was taken to a hospital as a precaution due to chest pain and remained there overnight before being discharged today.

On his release in a wheelchair this afternoon, he was taken to a police station to be questioned.

It is not yet clear what will happen next, but he has surrendered his passport to the authorities and is expected to remain in house arrest here in Brazil as the investigation continues.

It is not clear where he will spend tonight.

Hickey has stepped down from all of his sporting roles until the matter is "fully resolved".

He was also vice-president of the Association of National Olympic Committees.

The IOC told insidethegames today that he stopped receiving his Rio 2016 per diem payments of $900 (£685/€794) per day as soon as stepped-down from his position.

Slovenia's EOC vice-president Janez Kocijančič is expected to take over the running of the EOC on an interim basis.

Willie O'Brien has taken over as the acting President of the OCI.

Nearly 1,000 tickets from a supply belonging to the OCI were seized by Brazilian police last week.

It follows the arrest of Irishman Kevin James Mallon and interpreter Barbara Carnieri earlier this month, for allegedly being in possession of over 1,000 tickets for the Olympic Games that they were not authorised to sell.

It is alleged they are all part of a plot seeking to make $3 million (£2.3 million/€2.6 million) by illegally selling Olympic tickets above face value.

''The Olympic Council of Ireland can confirm that Pat Hickey has been discharged from hospital and has been accompanied to a police station to complete a deposition,'' the National Olympic Committee said in a statement today.

There has been criticism of the manner of the arrest, with Canada's senior IOC member RIchard Pound expressed surprise at the "theatre" involved.

''It makes it look like all sports administrators are corrupt - they're not,'' he told Associated Press.

''There's a big risk for them if they've got it wrong.

"Maybe it's meant to be a deterrent for other ticket scalpers.''

IOC  vice-president John Coates also claimed the situation should have been handled better by the Brazilian authorities.

''Surely if they wanted to ascertain if there was any connection between him and the guy that was here, that should have been a discussion.

''I think the members are all very worried about his well-being and the prospect of him being incarcerated."

O'Brien visited Hickey before he was discharged but claimed he had not spoken about the charges.

"We can't make any comment while the legal case is going on here," O'Brien said.

"We will defend ourselves to the hilt.

"That's all I can say at the moment."