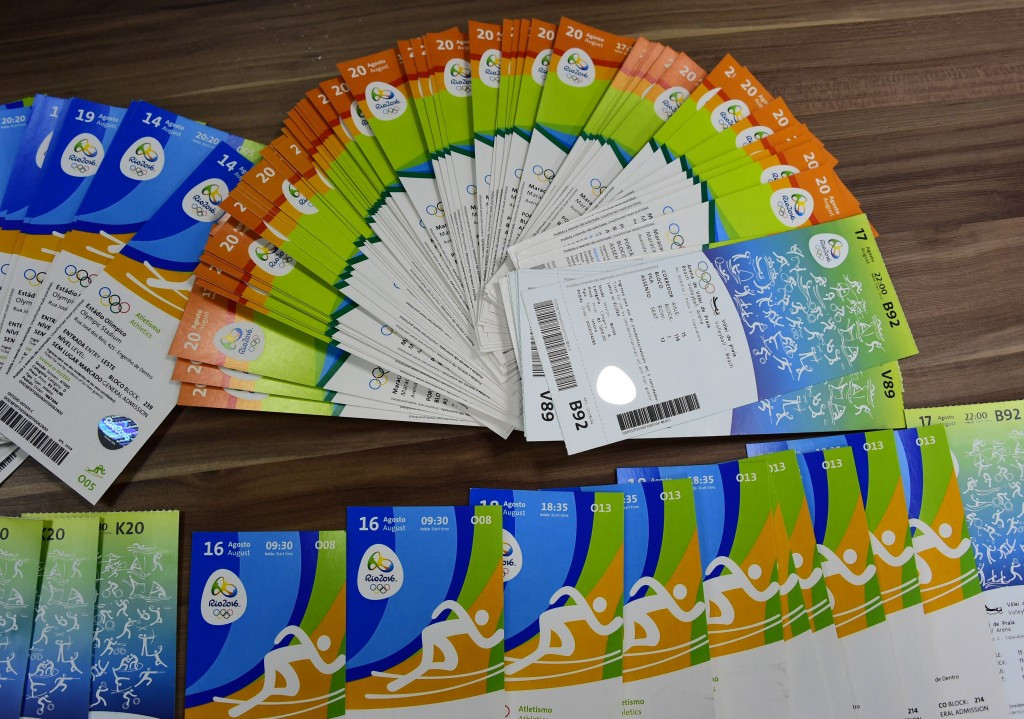 There could be a major overhaul of how tickets are distributed at the Olympic Games following the latest controversy at Rio 2016.

British company THG Sports have been accused of selling 1,000 black market tickets for these Games although they claim they have not done anything wrong.

The International Olympic Committee (IOC), however, are continuing to investigate the possibility of centralising the system to try to retain more control over the process.

"The IOC, in principle, believes that a long term ticket service provider (TSP) turnkey solution could be a more effective approach to support the Games and Organising Committees," a spokeswoman for the IOC told insidethegames here today.

"This was supported by lessons learned from a worldwide request for information conducted in the first half of this year.

"The IOC will continue our assessment of the opportunities available in this field after reviewing the experience of Rio 2016."

Olympic ticketing is a multi-million dollar business and was responsible for around 30 per cent of the revenue raised by London 2012.

In 2010, the Olympic Council of Ireland (OCI) appointed THG as its authorised ticket reseller (ATR) for London 2012 and Sochi 2014.

THG Sports employees, Kevin Mallon and Brazilian Barbara Carniero, however, have both been arrested for trying to sell the tickets at above face value.

The tickets are believed to have been part of a supply from the OCI, who are investigating the matter.

Brazilian polce told a news conference yesterday that the company could have made around 10 million reais ($3 million)from buying tickets and reselling them at a higher price.

"Whilst we are fully investigating the matter with the Brazilian authorities and with our local lawyers, THG entirely refute any suggestion that they or he have acted in any way unlawfully," a company spokesperson said.

Mallon was detained on suspicion of being in possession of false tickets and faces accusations of false marketing, associating with criminals, and touting.

Carnieri was detained on suspicion of false marketing.

"Based on a preliminary review of the facts, we understand Mr Mallon has not breached any local laws or IOC (International Olympic Committee) rules," THG said.

"As a consequence THG will be vigorously defending Mr Mallon as well as taking any appropriate action to stop any illegitimate attempt by the Brazilian authorities to disrupt THG's legitimate activities.

"Until we have more details of the allegations made against Mr Mallon and have fully investigated the matter, THG will not be making any further statements."

He was fined and left the country.

Ireland's Minister of State for Sport Patrick O'Donovan, who is here for the Olympics, called on all organisations to which the tickets can be traced to co-operate fully with the local authorities in Rio de Janeiro.

Speaking to RTÉ News, he said: "People come to these events like this - whether at home or here in Brazil - in the hope of being able to attend and that they'll be able to attend and enjoy the spectacle of sport and they should do so at the face value of the tickets that are up for sale.

"And anyone who engages in any practice that removes that, in my estimation, is doing a huge disservice to sport, and to the country as well."