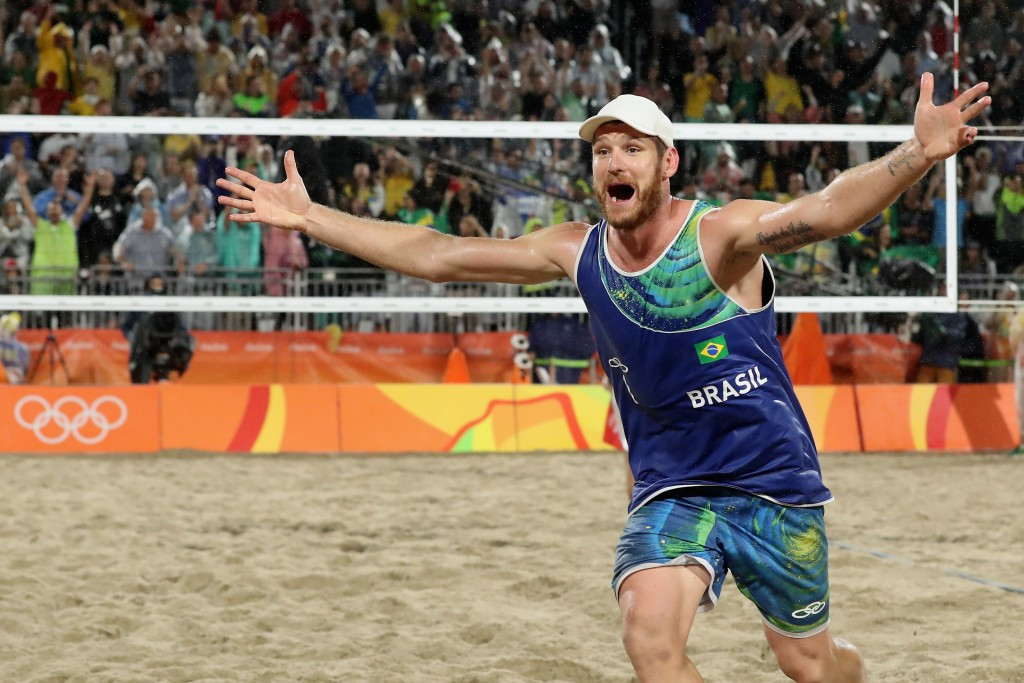 The reigning world champion duo won in straight sets over Italian opponents Alison Cerutti and Bruno Oscar Schmidt in another raucous nighttime atmosphere in the makeshift arena on Copacabana Beach.

They won a tight first set 21-19 before always keeping their opponents at arms length to win the second, 21-17.

When an Italian block drifted wide on match point, the duo celebrated fanatically, knowing they had delivered despite the pressure of being among the most highly regarded home favourites of these Games.

They were presented with their gold medals by Brazilian International Olympic Committee member and former volleyball player, Bernard Rajzman.