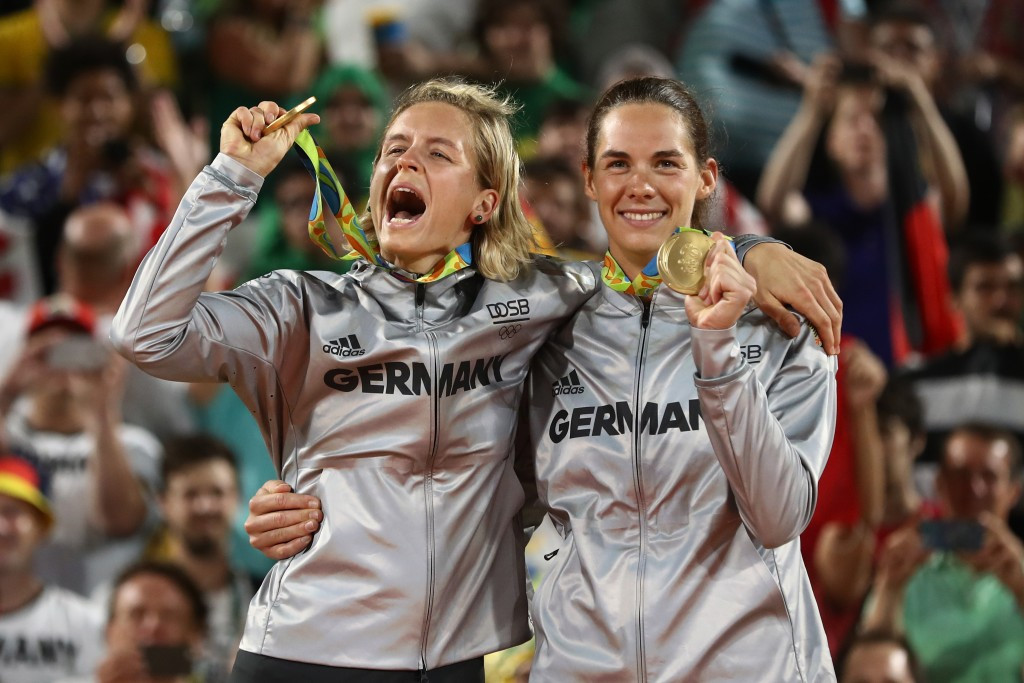 Germany silenced the home crowd and crushed the hopes of the host nation tonight on Copacabana as Laura Ludwig and Kira Walkenhorst won in straight sets over Agatha Bednarczuk and Barbara Seixas de Freitas.

The German duo were under pressure from the outset in a raucous atmosphere in one of the most hotly anticipated events of the Games.

But, after weathering an early storm, they fought back to pull away late on and claim the first set, 21-18.

In the second they were imperious, as Walkenhorst dominated at the net and the Brazilian proved unable to regain any momentum.

The German duo eventually won, 21-14, in a match that started at 23.59 local time and stretched long into the early hours.

Walkenhorst finished the match with seven blocks, while no other competitor had more than one.