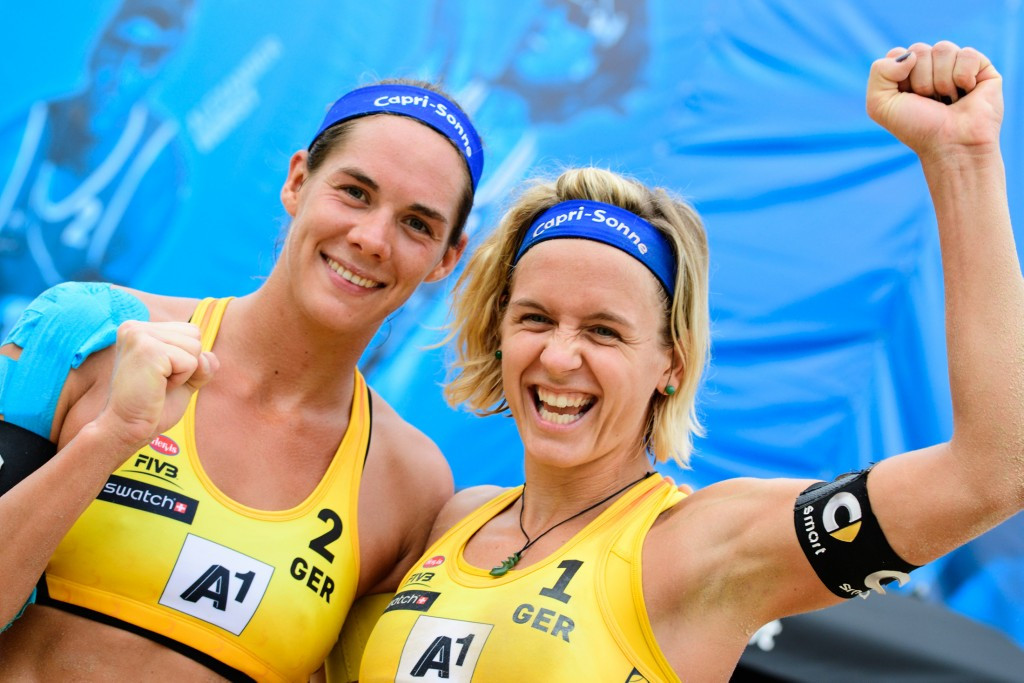 The pair had claimed two victories in their Pool D matches yesterday to leave them with a realistic chance of achieving a bye into the second round.

Their hopes were ended, however, by Germany’s Chantal Laboureur and Julia Sude, who secured the bye by defeating the Argentine pair 21-13, 26-24.

Gallay and Klug bounced back immediately, despite having to play the additional match, by overcoming Canada’s Jamie Broder and Kristina Valjas 21-18, 21-15.

Following their triumph, Gallay and Klug are now due take on Brazil’s Juliana Felisberta and Taiana Lima in the second round tomorrow.

The London 2012 bronze medallists emerged from Pool H unbeaten, with their final match seeing them record a 23-21, 21-17 victory over Barbara Hansel and Stefanie Schwaiger of Austria.

Second seeded Karla Borger and Britta Buthe also posted a 100 per cent record in pool competition to earn a bye.

The Germans, though, were forced to work hard in their contest with Riikka Lehtonen and Taru Lahti of Finland.

Borger and Buthe won the opening set 21-16 but came under pressure from the Finnish duo, who won the second 27-25 to force a decider

Borger and Buthe eventually had enough to come through the match by sealing the final set 15-11.

It sets them up with a tie against Greece’s Vasiliki Arvaniti and Penny Karagkouni.

They backed up their victory by beating Brazil’s Vitor Gonçalves Felipe and Álvaro Morais Filho 21-10, 24-22 to top Pool E.