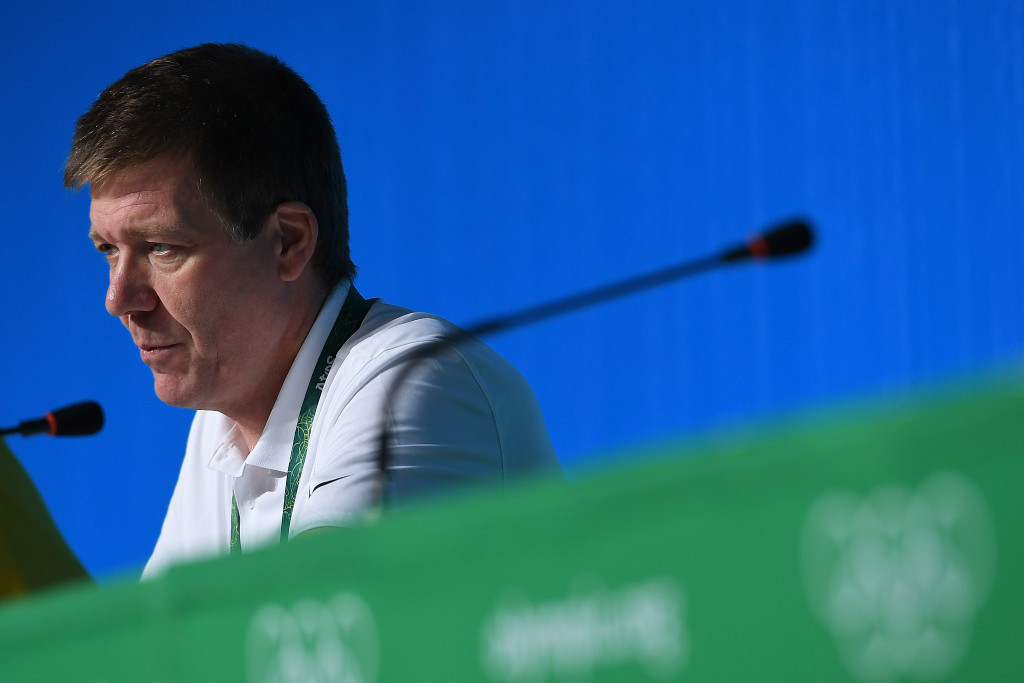 His words represent the strongest criticism of Russia's alleged activity by any member of the IOC administration and came as he outlined how they have improved their procedures at Rio 2016.

Russia is accused of using a hole in the wall to replaced tainted samples with clean ones during Sochi 2014 and of having developed special technology to open supposedly "unbreakable" bottles, allowing officials to swap positive samples for clean ones.

"All of us fighting for clean athletes were deeply shocked and felt betrayed by what had happened [in Sochi]," Budgett said here today.

"We have to do everything to ensure this cannot happen again.

"At the time we thought we had great expertise in place...but it is hard when the director of the laboratory is involved.

"Of course, lessons have been learnt.

"We can look back and say, 'We could have done things better', but that is with the benefit of hindsight."

Budgett's approach contrasts with the words of IOC President Thomas Bach, who has repeatedly resisted opportunities to strongly criticise Russia amid claims the evidence against them remains "allegations".

Budgett, a former rower who claimed an gold medal for Great Britain alongside Sir Steve Redgrave in coxed fours at Los Angeles 1984 Olympics, served as chief medical officer for London 2012.

Budgett claims they had no indication at all of what was going on at Sochi 2014 there until reports surfaced this year.

He declined to directly address question about whether the public can have confidence in the performances of any Russian athletes, claiming "this is a question for the World Anti-Doping Agency (WADA)",

Budgett claimed any athlete who is doping "should be scared" because they are constantly developing new testing technology.

Strict security measures have been introduced at the anti-doping laboratory here, he revealed, from the National Guard and private firms.

A camera is permanently recording the freezer where the samples are kept.

Guards on the door log everyone who goes in and out, with employees only able to enter in pairs.

“Allayed to that, there will be forensic examination of samples as well to make sure that there’s been no tampering,” Budgett said.

He claims the laboratory has improved significantly since WADA deemed it non-compliant earlier this year.

"We are doing everything to ensure that the integrity of the samples is kept."

So far, a total of 2,701 urine samples have been tested, along with 191 blood samples and 296 athlete biological passports.