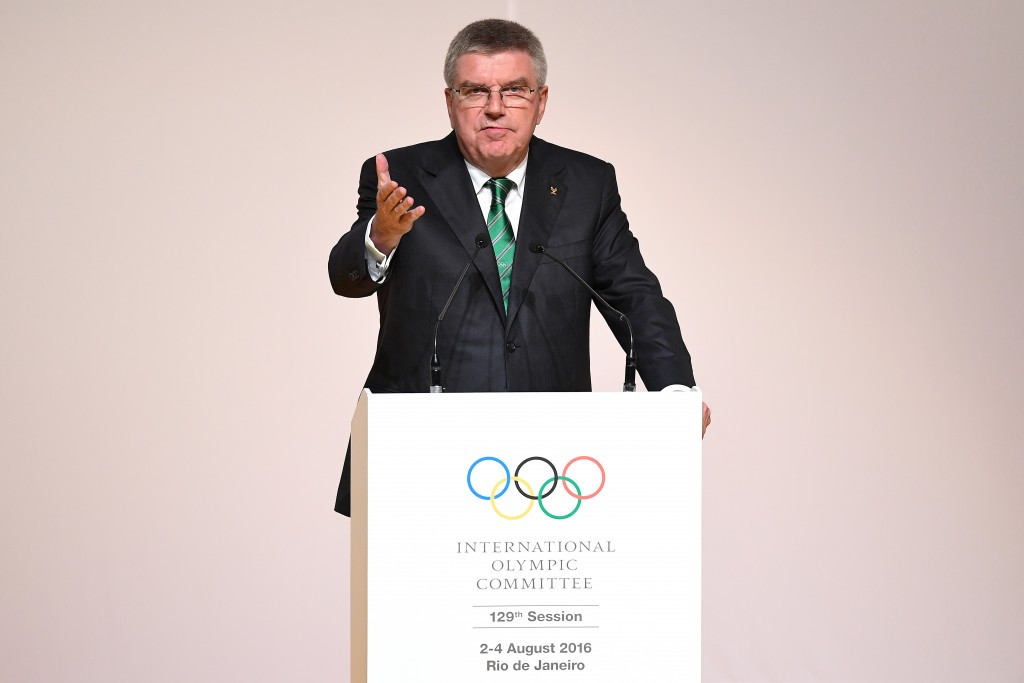 Thomas Bach has made a staunch defence of the International Olympic Committee (IOC)’s handling of the Russian doping crisis in his speech to the Opening Ceremony of the 129th IOC Session.

The IOC President told assembled dignitaries that the decision not to try to implement a blanket ban on Russian athletes at Rio 2016 was “about justice”.

He went on: “Justice has to be independent from politics.

In an address received in silence but for relatively brief applause as he retook his seat, Bach described the findings of the McLaren Report as “very serious, in particular with regards to a system of doping allegedly orchestrated by the Russian Ministry of Sport.

“If proven true, such a contemptuous system of doping is an unprecedented attack on the integrity of sport and on the Olympic Games."

However, the IOC President was also careful to underline that "the Russian side has not been heard yet".

Largely forsaking the pedagogical tone he sometimes adopts at such occasions, Bach heaped praise on his Brazilian hosts, in spite of the widely-publicised problems that continue to crop up as Rio de Janeiro prepares to host the first-ever South American Olympics.

On the day that a new metro between old Rio and Barra da Tijuca, the sprawling suburb that will be the heart of the Games, opened to those with Rio 2016 accreditations, Bach highlighted the public transport benefits that would accrue to the city as part of the Olympic legacy.

"In just over seven years, the number of people having access to good quality public transport has risen from just 18 per cent in 2009 to 63 per cent in 2016,” he said.

The closing section of his speech, which preceded an evening of Brazilian music and culture, dealt with the digital world, as the IOC prepares for the launch of the Olympic Channel immediately after the Olympic Cauldron is extinguished.

"Young people including the athletes are living in a new digital reality,” Bach said.

"And this is where we need to go.”

In an emotional prelude to Bach’s address, Carlos Nuzman, President of the Rio 2016 Organising Committee, thanked IOC members for giving the Games to a “young nation” 2,949 days ago in Copenhagen.

Rio faced enormous challenges, "but we never gave up," he said.

"Rio is ready to deliver history."