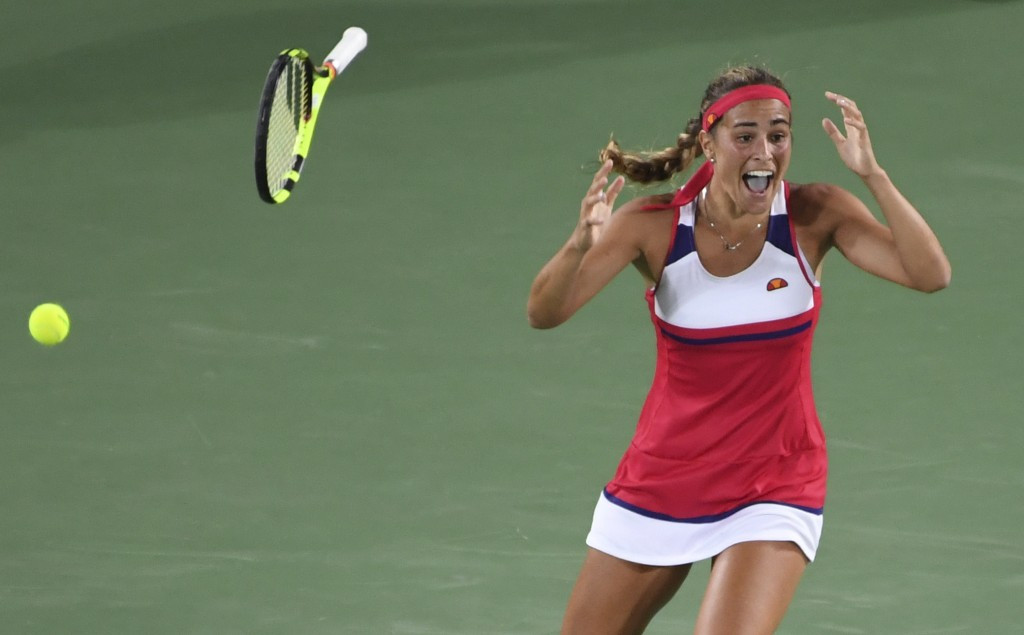 The 22-year-old outsider, who has never been beyond the fourth round of a Grand Slam tournament, stunned Kerber with a 6-4, 4-6, 6-1 victory.

Puig, ranked number 34 in the world, has also become the first female athlete from Puerto Rico to win an Olympic medal of any colour.

"It's just amazing," she said.

"I know my country really appreciates this and I wanted to give it to them.

"The way that I did it tonight.

"I wouldn't want it any other way."

Puig lost the first game of the match on her own serve, however, she responded by going on the attack and immediately broke back.

She broke again in the final game of the first set, closing it out with a superb backhand down the line.

The underdog fought back from a break down in the second set to draw level at 4-4, but Kerber, winner of the 2016 Australian Open and a Wimbledon finallist last month, broke again before edging a tense final game in which Puig saved four set points.

In a one-sided final set, Puig made a total of 47 winners compared to Kerber's 26 and fought back from 40-0 down in a marathon final game before eventually sealing the title with her fourth match point as Kerber sent a shot wide.

"I just saw an improvement in every single match I played," said the gold medallist.

"In every match, I got better and better.

"I just achieved one of my biggest dreams."

Murray will look to claim gold for Britain in tomorrow’s final but faces a tough test against Del Potro who eliminated world number one Novak Djokovic in the first round.

Nadal and Nishikori will contest the bronze medal match prior to the final.

The women’s doubles final between Russian pair Ekaterina Makarova and Elena Vesnina and Swiss duo Timea Bacsinszky and Martina Hingis is due to take place tomorrow, along with the mixed doubles medal matches.