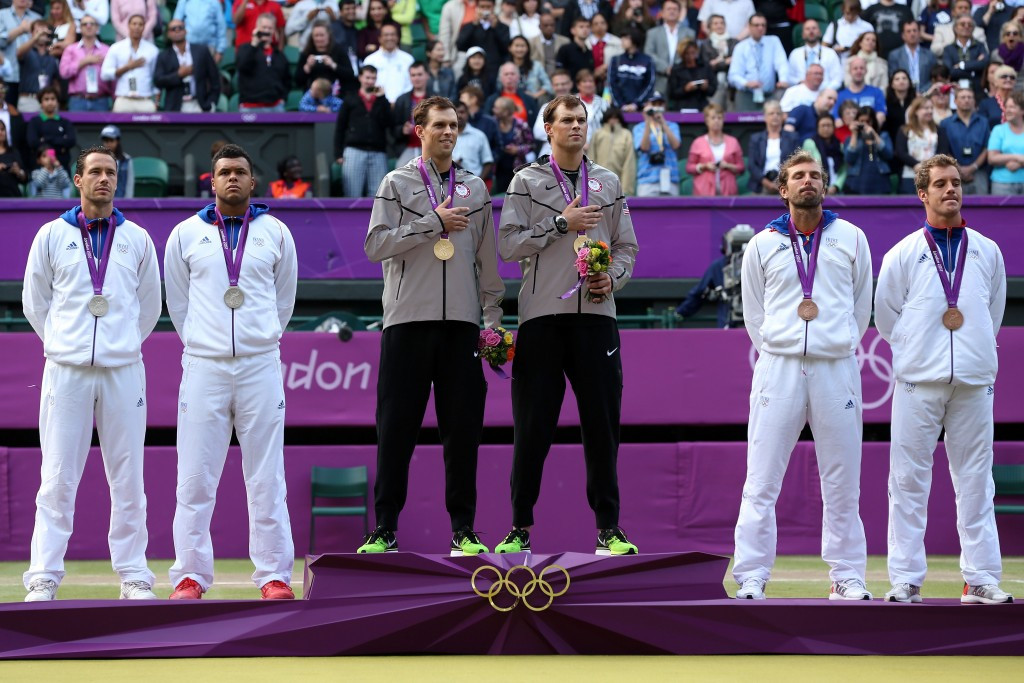 London 2012 men’s doubles champions Bob and Mike Bryan have withdrawn from the Rio 2016 tennis tournament, with the American duo citing health reasons as being behind their decision.

The identical twin brothers are the most decorated men’s doubles partnership, having won 16 major titles, including six triumphs at the Australian Open.

They have finished on the podium at the last two Olympic Games, with the pair having won bronze at Beijing 2008 after a semi-final loss to Switzerland’s Roger Federer and Stanislas Wawrinka.

The Bryans then claimed gold at London 2012 by defeating France’s Michaël Llodra and Jo-Wilfried Tsonga 6–4, 7–6 in the final.

Their title defence has come to an end, with the 38-year-olds announcing their decision to pull out of competing at Rio 2016.

“After countless hours of deliberation Mike and I have decided to forego the Rio Olympics,” Bob wrote on their Facebook page.

“Though we'd love to compete again, as husbands and fathers, our family's health is now our top priority.

“Representing Team USA is one of our proudest tennis moments to date and winning gold in 2012 will always remain the pinnacle of our career.

“The Olympics means so much to us for so many reasons and the memories we have wearing the Stars and Stripes will burn brightly forever.”

Germany’s rising men’s singles star Alexander Zverev will also miss the Games, with the 19-year-old stating he had not been at 100 per cent in his recent matches.

Zverev, the world number 25, announced the decision after being knocked out of the Rogers Cup in Toronto, where he was beaten 7-5, 6-3 by Yen-Hsun Lu of Chinese Taipei.

“Unfortunately, I have had to withdraw from the Olympics," Zverev wrote on Instagram.

“During my last two ATP matches in Washington and Toronto, I did not feel 100 per cent and after several consultations with doctors and my team, we have decided that I must withdraw from the Olympics.

“I hope to be back in full form for the ATP Masters 1000 in Cincinnati and wish my German teammates all the best in Rio.”

Neither the Bryan brothers nor Zverev have cited the Zika virus as being behind their decisions, although Wimbledon finalist Milos Raonic, world number eight Tomas Berdych and women’s number five Simona Halep had all claimed it had been the reason for their withdrawals last month.

Fans lost major name last week, when Switzerland’s Roger Federer announced he would miss the remainder of the season having suffered with knee problems.