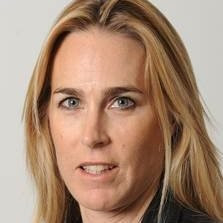 Rome 2024 has bolstered its communications department with the appointment of Isabelle Harvie-Watt as the Bid Committee’s strategic advisor.

London-born Harvie-Watt, who has been working in Italy for the last 25 years, will be tasked with overseeing all activities relating to international relations and communications.

She joins the Italian capital’s effort to secure the rights to the 2024 Olympic and Paralympic Games from her role as chief executive of Havas Media Group Italy.

The company is the main division of the global marketing and communications group Havas, founded in Paris in 1968.

Havas Sports and Entertainment, part of the Havas Media Group, worked on Annecy’s failed bid to bring the 2018 Winter Olympic and Paralympic Games to France.

The French city received just seven votes during the 123rd International Olympic Committee (IOC) Session in Durban as Pyeongchang was named as hosts of the Games.

Harvie-Watt has extensive experience in the communications industry and has also held positions with Italian fashion designers Giorgio Armani and Gianni Versace.

She has a Master of Arts in History and Italian Literature from the University of Edinburgh.

Communications has been a key issue for Rome 2024 in the campaign to date after it was mutually decided their contract with PR firm Milltown Partners would not be extended beyond its January expiry.

This was due to the departure of director David Bond, the former sports editor of the BBC and Daily Telegraph, who is expected to return to journalism later this year.

Bond had been the key Milltown official liaising with the Italian bid team and it was ultimately decided that the company would be unable to continue that role without him.

A shortlist of “three to four” candidates had been drawn up to replace the London-based firm but Rome 2024 have not yet announced their successor.

It is considered a pivotal area in an Olympic bid race and their reluctance to not yet appoint a new agency has seen them fall behind fellow contenders Paris and Los Angeles, the early favourites to be awarded the 2024 Games.

Their attempt to date has been dominated by claims a referendum may be held, with supporters of a possible vote on the bid recently slamming the "seriously illegitimate" decision of the City Council to seemingly end any prospect of a public ballot taking place.

The Rome Municipality's Capital Committee on Referendums ruled last month that a public vote on whether to press ahead with the bid could be held following its submission by the Italian Radicals Political Party, so long as there were 30,000 signatures calling for one.

But the Council has now backtracked on this decision after receiving a letter from the Italian National Olympic Committee (CONI) which urged them to reconsider.

Virginia Raggi, the favourite to become Rome's first female Mayor in elections next month, is opposed to continuing the Olympic and Paralympic bid.

Budapest is also bidding for the event in eight years’ time and a host city will be selected at the IOC Session in Peruvian capital Lima in September 2017.