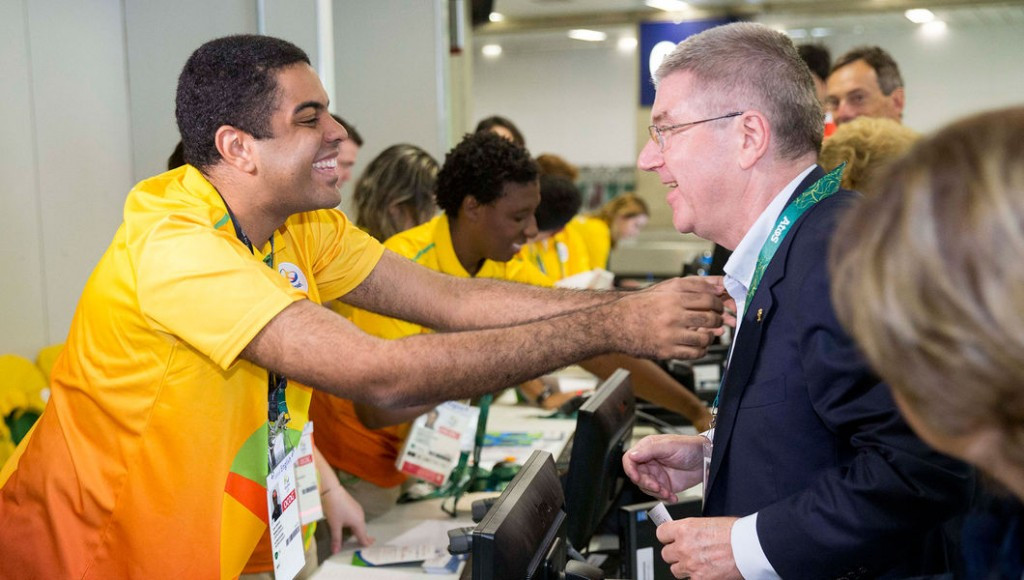 International Olympic Committee (IOC) President Thomas Bach has had his integrity questioned by another leading German athlete as he arrived here for the start of Rio 2016.

Bach has faced severe criticism since the decision by the IOC's ruling Executive Board on Sunday (July 24) not to ban Russia from these Olympic Games, even though a report produced by Canadian lawyer Richard McLaren on behalf of the World Anti-Doping Agency (WADA) allegedly found evidence of state-sponsored doping in the country.

Germany's Olympic discus champion Robert Harting claimed following the decision that Bach is "part of the doping system, not the anti-doping system".

"In my eyes, Bach can be bought politically," she told German news agency SID.

"He is lying to the world when he preaches publicly that it is necessary for every athlete to be presumed innocent."

Pechstein's criticism, however, will be undermined by the fact that she herself was banned for two-years in 2009 after the International Skating Union accused her of blood doping.

She has always maintained her innocence and is currently preparing a constitutional complaint to be filed before the Federal Constitutional Court of Germany.

"In my case, there has never been a presumption of innocence," the 44-year-old police sergeant told SID.

"I was condemned, totally unjustified without any proof, just because of an absurd probability calculation."

But Pechstein's claim that the IOC's decision to allow Russia to compete at Rio 2016 in the face of widespread opposition was influenced by Bach's relationship with Putin echoes what many believe in Germany.

On Sunday, German publication Bild, Europe's largest selling newspaper, ran a story about Bach which pictured him with Putin under the headline "Putin's Poodle".

Pechstein claimed that the IOC's decision to allow each International Federation to make a decision about whether Russian athletes should compete at Rio 2016 was "cowardly".

She told SID: “The whole thing is a dishonorable tragedy."

If the controversy around the decision not to ban Russia is affecting Bach, he is not showing it publicly.

Since arriving here in the Brazilian city, when he was met by Rio 2016 President Carlos Nuzman, Bach has visited the Olympic Village to have breakfast with athletes and officials.

He dismissed fears that Brazil will not be ready to host a successful Olympics, the first time they have been staged in South America, when they open on August 5.

“Of course, just a few days before the Games start there are always a number of issues to be solved," said Bach.

"The Brazilians will solve them, and you can already feel the Olympic energy here at the airport and in the city with all the smiling volunteers full of excitement.

"We are looking forward to great Olympic Games.

"As you know, we have always had confidence in Brazil and the Brazilians."