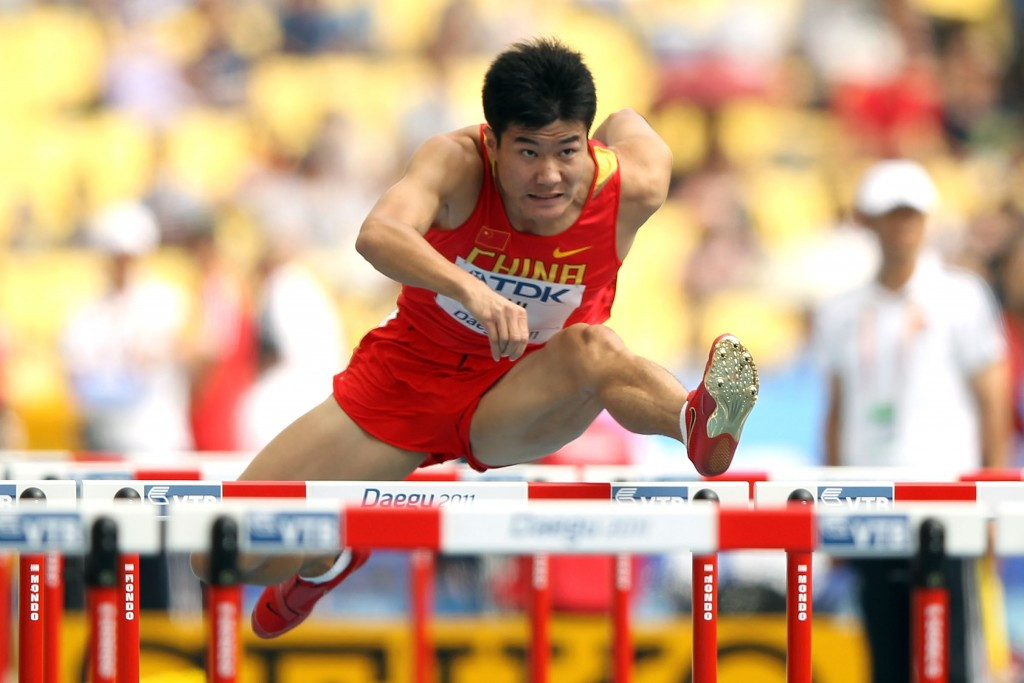 Chinese nationals have been warned to tighten their security here after reportedly being involved in several incidents following their arrival this week, including one bizarre robbery involving athlete Shi Dongpeng.

Shi, one of the country's leading athletes who won a silver medal in the 110 metres hurdles at the Doha 2006 Asian Games, had just checked into his hotel on arrival with an accompanying cameraman when approached by a local who appeared drunk.

According to the International Sport Press Association (AIPS), the man then vomited over Shi, who went to clean himself up while the cameraman chased the man out of the hotel.

When they returned, all of the camerman's equipment had been stolen, as well as baggage belonging to both men.

Surveillance footage showed that they had been the victims of a cleverly organised professional job in which they had been distracted by the apparent drunk.

The pair then went to a local police station to report the crime, only to have to wait for two hours due to a long queue of other mugging victims.

Advice distributed by the Ministry of Foreign Affairs and the Chinese Embassy in Brazil urges citizen to improve safety awareness and strengthen security following this and other incidents.

People are also advised to avoid visiting certain areas or to travel alone, as well as against wearing expensive jewellery or using mobile phones while walking in public.

New Zealand jiu-jitsu athlete Jason Lee claimed earlier this week that he had been kidnapped by fake police officers, who forced him to withdraw money from two cash machines.

"I was threatened with arrest if I did not get in their private car and accompany them to two ATMs to withdraw a large sum of money for a bribe," he said on Facebook.

Other incidents have included six-time Paralympian Liesl Tesch of Australia being robbed at gunpoint close to the Guanabara Bay sailing venue.

Tesch, a three-time medal winner in wheelchair basketball, who switched to sailing in time to win Skud18 gold at London 2012, was pushed off her bicycle by a man brandishing a gun close to Flamengo Beach.