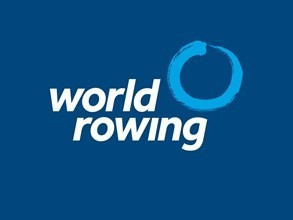 Three rowers have been axed from Russia's team for Rio 2016 after failing to meet the strict criteria for eligibility installed by the International Olympic Committee (IOC), the International Rowing Federation (FISA) announced today following a meeting of their Executive Committee.

Ivan Balandin, who was due to compete in the men’s eight, has been banned after he was implicated in Richard McLaren’s damning report, released last Monday (July 18), which uncovered the presence of a state-sponsored doping scheme at several major events spanning over 30 sports.

His sample was found to have been swapped as part of the “disappearing positive methodology”, where positives were switched for clean ones.

The IOC ruled that anyone named in the McLaren Report would not be able to participate at Rio 2016.

Anastasia Karabelshchikova, who was set to take part in the women’s eight, and men’s four rower Ivan Podshivalov have been excluded as both have previously served drugs bans, a controversial eligibility guideline for Russian athletes set out by the IOC.

Russian Rowing Federation President Veniamin But has told R-Sport that Karabelshchikova and Podshivalov would both contest the ruling to the Court of Arbitration for Sport (CAS).

It is not yet known whether the banning of the trio puts the places at the Games of their respective crews in jeopardy.

Further answers could come tomorrow after the FISA holds a second meeting of its ruling Executive Committee, the first of which was staged by teleconference today as a result of the IOC Executive Board's decision not to impose a wholesale ban on Russia at next month's Olympics.

The IOC instead chose to hand the responsibility over the extent of the participation of Russian athletes at the Games to the International Federations (IFs).

The announcement from FISA comes after the International Swimming Federation (FINA) confirmed seven Russian swimmers had been banned from the Games, including world 100 metres breaststroke champion Yuliya Efimova.

Efimova has, however, vowed to appeal her suspension to the CAS.

Several IFs have come out in support of the IOC’s decision, although the International Weightlifting Federation (IWF) has admitted some of the points in the statement from the governing body “might lead to confusion”.

The IWF, which is widely expected to ban Russian competitors for producing three failures as part of the re-testing of samples from Beijing 2008 and London 2012, has sought further clarification from the IOC and WADA “in order to establish the pool of eligible athletes” from the country.

World Archery, whose President Uğur Erdener sits on the IOC Executive Board, heralded the IOC for their decision, claiming they should be “congratulated on its courageous decision not to put a blanket ban on the Russian Federation”.

They feel to have done so would have been “extremely unfair” to any clean Russian athlete.

As a result of the stance taken by World Archery, three Russian archers - Tuiana Dashidorzhieva Ksenia Perova and Inna Stepanova - will compete at next month’s Olympics.

International Equestrian Federation (FEI) President Ingmar de Vos has taken a similar stance to World Archery, claiming he "sees no reason why" Russian athletes in his sport should not compete, providing there is "no indication" of wrongdoing against them.

"At this point in time there is no indication of any organised doping malpractices within the Russian equestrian delegation," he said.

The International Boxing Association (AIBA) has also given its backing to the choice of the Executive Board not to impose a complete ban on Russian athletes from Rio 2016.

AIBA say they will “review and analyse” the anti-doping record of the 11 Russian boxers who have qualified for the Games “on a case by case basis”.

The International Gymnastics Federation (FIG), who were one of the main critics of a blanket ban following the release of McLaren’s report along with judo and volleyball, said in a statement they would “fully adhere” to the decision of the IOC.

They have vowed to confirm the eligibility of Russian gymnasts “as soon as possible”, representing a boost to the country’s medal chances as they are favourites to dominate the rhythmic discipline.

World Sailing are set to hold a meeting of their board this week to “to make a final determination regarding the eligibility of the seven sailing athletes” from Russia who have booked their place at the Games.

The International Association of Athletics Federations were the first of the 28 Summer Olympic IFs to opt to prevent competitors from Russia participating at next month's Games.