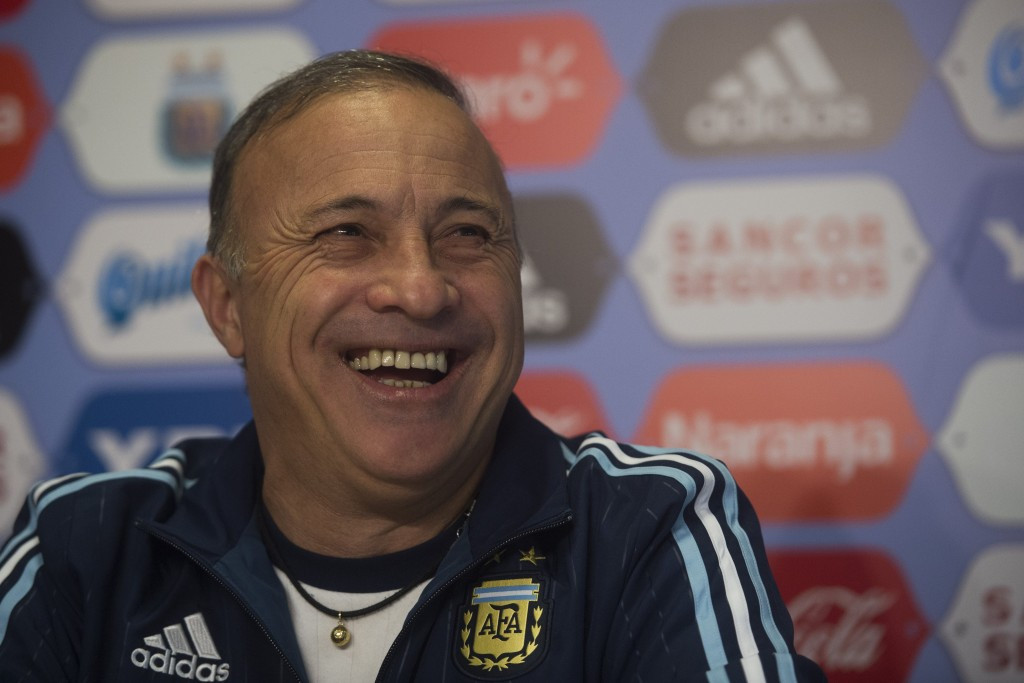 Fears over Argentina’s participation in the men’s Olympic football tournament at Rio 2016 have been eased after newly-appointed head coach Julio Olarticoechea vowed to lead the team even if they only had “13 or 14 players”.

Olarticoechea, who represented the South American nation at three World Cups, from 1982 to 1990, during his playing career, has taken over the role from Gerardo Martino.

Martino, who had led the Argentine team to the Copa América final in the past two years, losing both matches to Chile on penalties, announced his resignation earlier this week.

It came amid mounting concerns over whether Argentina would be able to field a side at next month’s Olympics following reports a number of players would not be released by their clubs for the tournament.

São Paulo striker Jonathan Calleri has since been confirmed as a replacement for Vietto.

It has been claimed that striker Paulo Dybala and defender Ramiro Funes Mori are among the players who will not compete at the Olympics after their club sides Juventus in Italy and Everton in England reportedly denied Argentina, gold medallists at Athens 2004 and Beijing 2008, permission for them to compete.

FC Barcelona star Lionel Messi was only made available by Barcelona for the Copa América Centenario and has now retired from international football.

Argentine Olympic Committee President Gerardo Werthein had described the situation as a “disgrace”.

“It’s a shame that they [the football clubs] don’t allow their players to join the national team - the whole world will be watching us,” Olarticoechea said.

“But if we have to go with 13 or 14 players, we will do it and represent the country well.

“We have to build a very strong group.

“I think the players will trust me.

“I’m here with my passion and will try to get the best out of these players.”

Martino’s decision to step away with the Olympics looming large was also partly down to the crisis engulfing the AFA, which was taken over by a FIFA Normalisation Committee in the wake of accusations of mismanagement of match broadcasting funds.

AFA President Luis Segura was removed from his position by FIFA last month, with secretary Damian Dupiellet temporarily taking over in the role.

The debacle had an effect on the Olympic team, with Werthein reportedly claiming that there was a 50 per cent chance that they would not play at Rio 2016.

The Argentina team qualified for Rio 2016 after triumphing at the 2015 South American Youth Championship.