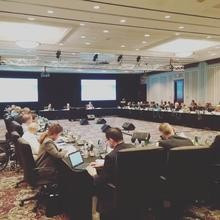 There are now just 12 countries in the world still to ratify the UNESCO International Convention against Doping in Sport after the Central African Republic signed it today.

The country, one of the poorest in the world, became the 183rd nation to agree to abide by the Convention.

The Convention was adopted in October 2005 and is the practical instrument by which Governments formalise their commitment to the fight against doping.

Given that many Governments cannot be bound by a non-Governmental document such as the World Anti-Doping Code, the Convention allows them to align their domestic policies with the Code, thus harmonising the rules governing anti-doping in sport and public legislation.

Under UNESCO standards, the Convention has set records in terms of the speed with which it was prepared, adopted and ratified, it is claimed.

The World Anti-Doping Agency (WADA) claimed that 98 per cent of the world has now pledged its support to clean sport by ratifying the Convention.

New WADA director general Olivier Niggli now wants to ensure the countries still to sign the Convention do so as quickly as possible.

The countries who have to ratify it are Guinea Bissau, Mauritania, Sao Tome and Principe, Sierra Leone, South Sudan and Tanzania in Africa, Afghanistan, Laos, Lebanon, Timor Leste and Yemen in Asia and Niue in Oceania.

“I am delighted that the Central African Republic has cemented its commitment to clean sport through its ratification of the UNESCO Convention,” said Niggli.

“WADA’s priority is now to ensure that practice of the Convention is implemented effectively in all countries. In doing so, this will send a strong message to athletes worldwide.”