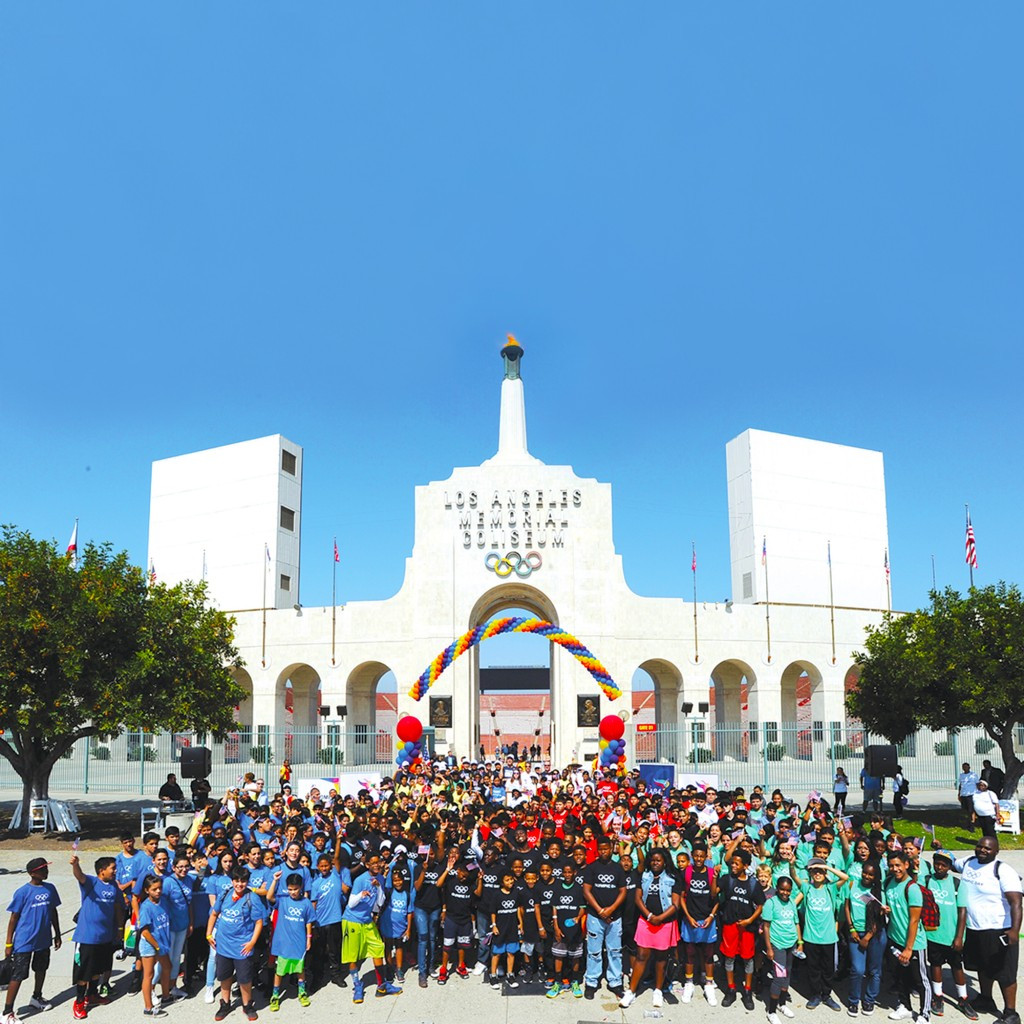 A special event attended by 500 youngsters jointly hosted by Los Angeles 2024 and the LA 1984 Foundation has been held at the Memorial Coliseum to mark Olympic Day.

The series of activities in the 2024 Olympic and Paralympic Games candidate city gave participants the chance to try out nine different sports at the iconic venue, which will play host to athletics and the Opening and Closing Ceremonies if Los Angeles is successful with its bid.

The facility was also one visited by a high-level delegation from Paris 2024 last week as part of a "fact-finding" mission.

Attendees at the event got the opportunity to get involved in archery, badminton, fencing, gymnastics, rowing, rugby, football and volleyball, as well as Paralympic sitting volleyball.

The day began with a ceremony featuring a host of top officials within Los Angeles 2024, including chairman Casey Wasserman, vice-chair and director of athlete relations Janet Evans and LA84 Foundation President and chief executive Renata Simril.

Five children, each representing one of the Olympic Rings, also took part, before participants took part in the sport workshops.

“The Olympics are in LA’s DNA - 88 per cent of Angelenos support bringing the Games back to the City of Angels in 2024,” Wasserman said.

“As a city and as the committee working to bring back the Games to the US for the first time in 28 years, we are thrilled to have had the opportunity to host the US flagship celebration of the Olympic Movement at the iconic LA Memorial Coliseum.

“Today was not only a tremendous display of the Olympic values of friendship, respect and excellence, but also a testament to the passion we as Angelenos have for sport and for the Olympic Movement.”

The event in Los Angeles was held on a record-breaking Olympic Day in America, according to the United States Olympic Committee.

A total of 2,120 scheduled events in 1,503 communities were staged, which saw 90,000 people engaged in the annual celebration of the Olympic Movement.

“As a city with a ready-made connection to youth culture, Olympic Day is a unique opportunity to get a taste of what it means to inspire the next generation around the positive and powerful values of sport and Olympism.”

Budapest and Rome are also bidding for the 2024 Olympics and Paralympics.