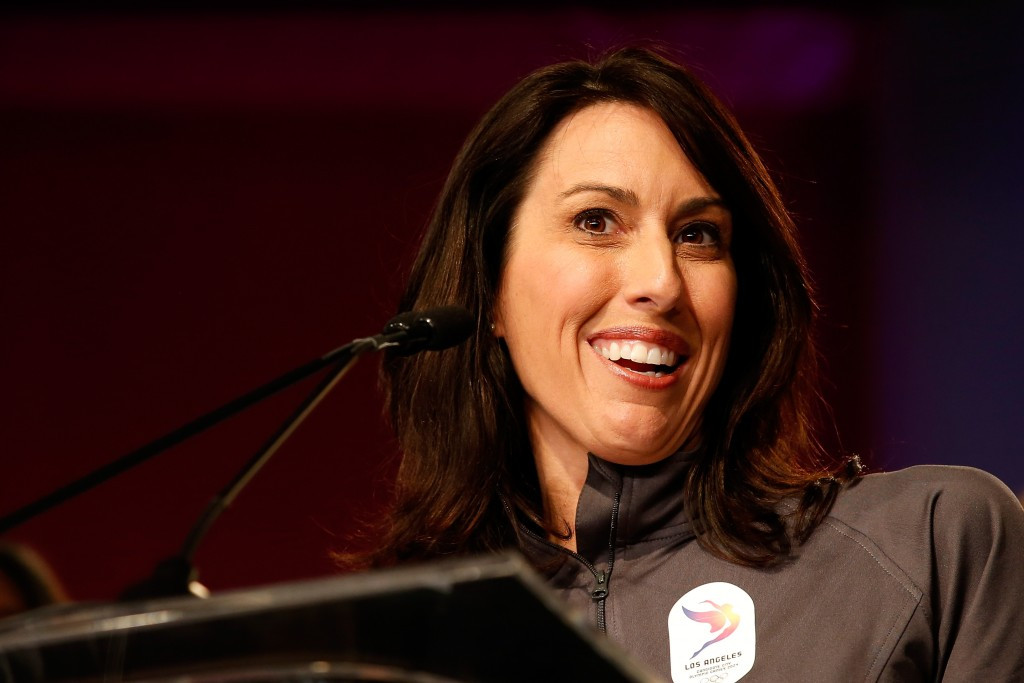 Los Angeles 2024 vice chairman Janet Evans was on hand at the opening of a new Metro line - which the swimmer claims makes the city more "Games-ready".

The extension to the Expo line has now been officially opened, with track connecting downtown Los Angeles, the Staples Center and the Coliseum with Santa Monica.

Organisers of the city's bid to hos the Olympic and Paralympic Games in eight years' time claim the line ensures that LA will deliver a "comfortable, convenient and accessible Games-time transport experience in 2024".

The Coliseum is the proposed venue for athletics and the Opening and Closing Ceremonies, while the Staples Center could host basketball.

The journey from Santa Monica, where beach volleyball, triathlon and open water swimming could be held, to the proposed downtown venues cluster will now take approximately 32 minutes.

Santa Monica to the Staples Center will be 45 minutes.

Evans, a four-time Olympic gold medallist who is also director of athlete relations at LA 2024, recited the Pledge of Allegiance at an event to open the line.

"The vision and commitment of our city’s leaders means LA is becoming more Games-ready every day," she said.

"The city’s wealth of existing and planned infrastructure will enable us to focus our attention on providing all participants with the best possible Games experience, not on construction deadlines.

"These major infrastructure upgrades will be a huge benefit to our sustainable, low-risk Games concept as we work to earn the honor of hosting the Games in 2024.”

All venue clusters will be connected by 2024, which organisers claim will minimise travel times at the Games.

New transport links are often proposed as part of an Olympic bid but it does ot always run smoothly.

A new subway line in Rio de Janeiro - billed as one of the major legacy projects of this year's Olympics - will open just four days before the start of the Games.

Paris, one of LA's rivals in the 2024 race, has proposed a new rapid transit to run from the east to the west of the French capital.

"This new transit line will give residents and visitors the world over a chance to 'follow the sun' and get from LA's downtown skyline to the shoreline in minutes.

"As we continue building our ambitious transit network, we can ensure the highest standards of mobility and convenience for visitors to the Olympic and Paralympic Games in 2024, and for all Angelenos long into the future.”

Budapest and Rome are also bidding for the 2024 Olympics and Paralympics.

The International Olympic Committee are due to elect a host at its Session in Lima next year.