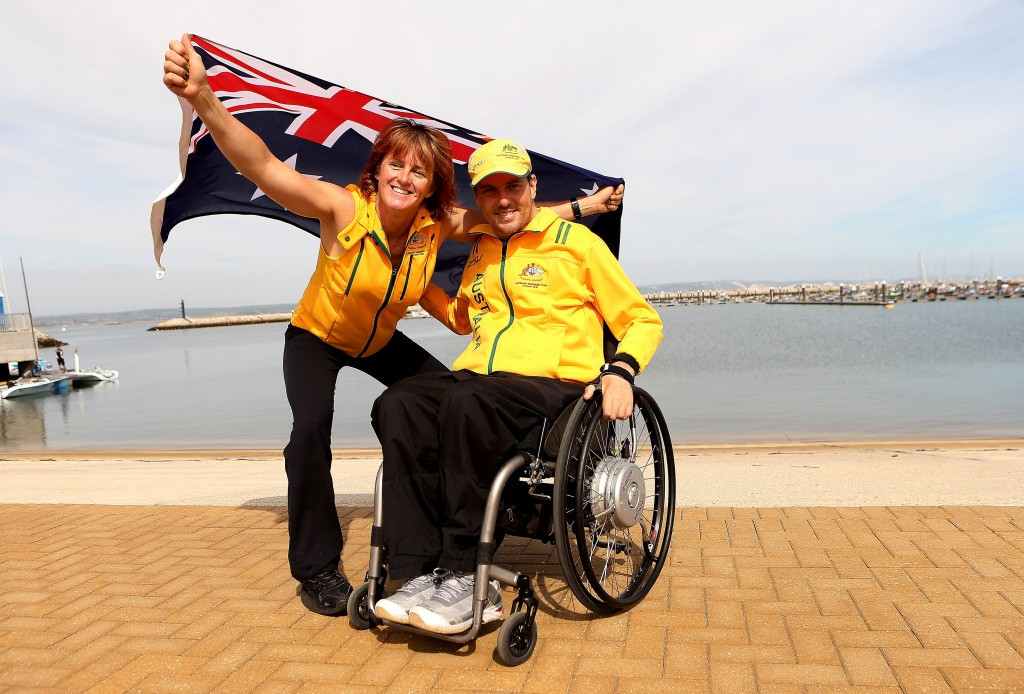 Six-time Paralympian Liesl Tesch has been robbed at gunpoint close to the Guanabara Bay sailing venue as security fears continue to rise ahead of Rio 2016.

Tesch, a three-time medal winner in wheelchair basketball who switched to sailing in time to win Skud18 gold at London 2012, was pushed off her bicycle by an man brandishing a gun close to Flamengo Beach.

The 47-year-old, who became an incomplete paraplegic after breaking her back in a mountain bike accident aged 19, described the the incident as "absolutely horrific".

The gunman initally demanded money before attacking them when they said they did not have any, she said.

"He just pushed me on the shoulder with his bare hand and I just fell down on the cobblestones," Tesch told Australia's Seven Network.

Both were unharmed and have since continued their training camp.

Concerns are rising over the safety of athletes, officials and spectators attending the Games.

"We're demanding that the level of security forces, which number about 100,000, is reviewed and also we are also asking that they are deployed earlier prior to Games time, especially around training and competition venues," said Australian Olympic Chef de Mission Kitty Chiller following the latest incident.

"It's not an isolated incident.

"It's got to a point now that steps and measures are taken to ensure that all our team members who go to Rio for the Olympic Games next month are safe."

Eight-five thousand security forces are expected to be deployed during the Games.

But concerns remain over their accommodation and over whether the financial crisis affecting the State Govenment will hinder their activities.