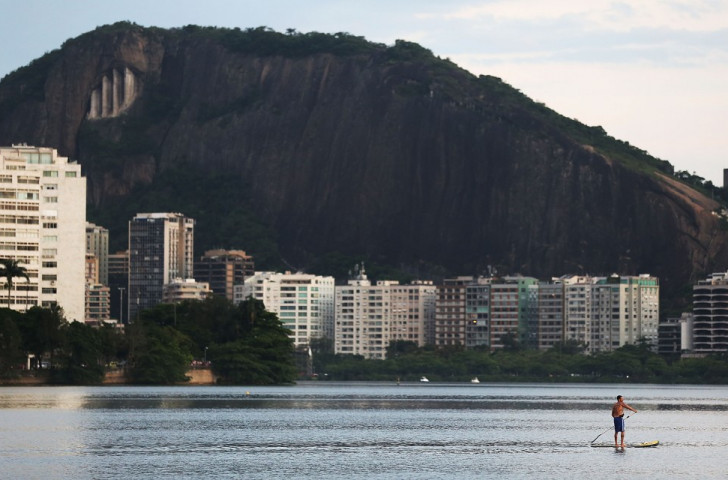 Concerns over the safety of those attending next year's Olympic and Paralympics in Rio de Janeiro have been revived after a series of attacks in the city over recent days, several of which took place within sight of venues to be used during the Games.

While the build-up to recent Games in London and Sochi has been dominated by fears over terrorism and other high-level security issues, concerns ahead of Rio involve more low-level crime, with many instances of muggings and violent attacks on tourists and citizens alike.

Although many parts of the city considered the most dangerous are in the north-west in favelas away from the tourist trail and Olympic venue sites, there have also been many cases of crimes being committed in other areas, including on Copacabana Bay where beach volleyball, open water swimming and triathlon events will take place.

Last December, British 470 class sailors Hannah Mills and Saskia Clark were mugged at knife point when walking back to their hotel close to the Bay during a training camp ahead of the Olympics, being robbed of all of their belongings, including training gear used during the day's session.

More recently. 57-year-old local doctor Jaime Gold was attacked on Tuesday (May 19) while cycling close to the Lagoa Rodrigo de Freitas lake upon which rowing and canoe sprint events will be held, later dying in hospital as a result of injuries sustained.

A 19-year-old French cyclist has also been assaulted in the same district in recent weeks, spending 15 days in hospital in intensive care before recovering.

Across the city as a whole, at least seven knife attacks have occurred in the past seven days alone, with one taking place in the suburb of Barra de Tijuca in which the main Olympic venues cluster is situated.

In total, there have been over 40,000 murders in Rio de Janeiro over the past eight years, it is estimated.

He described the violence at Lagoa Rodrigo de Freitas as "unacceptable" and a place that "cannot possibly be the target of this kind of activity".

While last summer's FIFA World Cup, of which the final was held in Rio de Janeiro, passed with relatively few incidents of muggings, with every new case concerns are rising that the police and security forces will be unable to secure adequate safety during Rio 2016.

The escalating violence comes as International Olympic Committee officials visit the city for a latest Project Review meeting with the Organising Committee, with plans to move the venue for water polo away from the Julio Delamare Aquatic Park after the Government refused to fund the proposed facility.

Another major challenge concerns reducing pollution on Guanabara Bay, where sailing is set to take place during the Olympics, with the State Government having put a stop to plans to collect rubbish from the Bay using special collection-boats.

This means that while the Organising Committee is clearing the specific sailing course in time for a test event in August, the rest of the Bay is still being neglected.