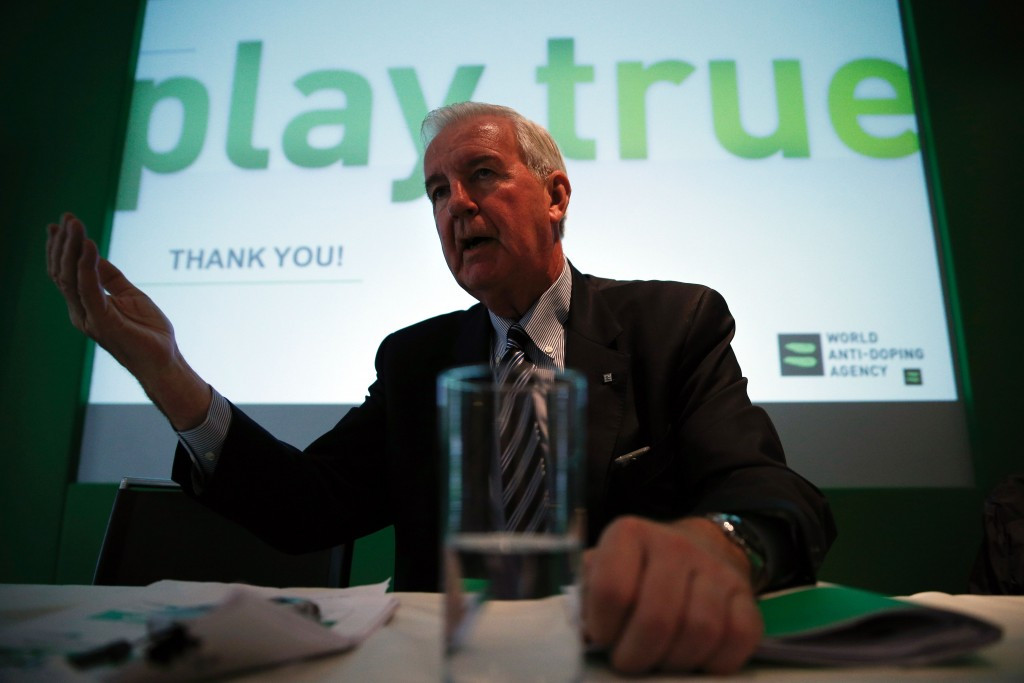 A blanket ban on Russian competitors taking part at this year's Olympic Games in Rio de Janeiro could be demanded by the World Anti-Doping Agency (WADA) if accusations of an orchestrated and state-supported doping scheme at Sochi 2014 are proven, the body's President Sir Craig Reedie claimed here today.

Sir Craig described Richard McLaren’s pending report into the allegations concerning the Winter Olympics in 2014 as a “precedent-setting opportunity to demonstrate collective commitment to clean sport”.

McLaren was part of the Independent Commission that published damning reports into Russian doping, leading to the athletes from the country being banned from participating at Rio 2016, and the investigation is currently in progress.

The results of the report are due to be revealed no later than July 15.

It was launched after Grigory Rodchenkov, the former head of the Moscow Anti-Doping Laboratory, claimed that up to 15 Russian medal winners  at Sochi 2014 were implicated in a clandestine operation in which doping samples were switched for clean ones.

Richard Pound, the founding President of WADA who chaired the Independent Commission tasked with investigating Russia in November of last year, told The Sunday Times that suspending the entire Russian team from Rio 2016 was "not impossible".

Sir Craig, who will remain as an International Olympic Committee (IOC) vice-president until Rio 2016, intimated that WADA would push for strong action should McLaren’s Independent Commission produce clear evidence of state-supported doping in Russia.

WADA does not have the power to directly ban countries but can make recommendations which are difficult to ignore.

“The Independent Commission reports said it would be naïve that there would not be further complications,” the Briton said at the WADA Media Symposium here.

“If the fuller investigation on his report clearly indicate [state-sponsored doping], I would regard that as a high-profile moment that we will have to deal with.

“There are responsibilities under the code for International Federations.

"WADA does not have the power to determine which sports do what.

"If McLaren produces detailed corroborative evidence that goes beyond athletics, we will respond firmly and effectively."

WADA themselves released a report detailing the state of progress in Russia last week, which made a mockery of Russia’s repeated claims to have made significant improvements.

Severe problems were raised with in and out-of-competition testing, with testers facing athletes running away rather than provide samples as well as the presence of intimidating FSB officials and - in one case - an athlete who tried to pay a bribe after a failed attempt at switching urine samples.

In the most extreme example of cheating recorded, an athletics athlete “used a container inserted inside her body - presumably containing clean urine - which leaked onto the floor and not into the collection vessel."

The unnamed athlete threw the container into a bin before this was retrieved by the tester, who she then attempted to bribe before providing a sample which subsequently returned a positive result.

Sir Craig also said WADA “applauds” the decision of the International Association of Athletics Federations (IAAF) to maintain the ban on the All-Russia Athletic Federation, which ruled the majority Russian track and field athletes out of Rio 2016.

Only Russian athletes who can prove they have operated in an effective testing system will be able to compete internationally at events including the Olympics, a requirement which, in practice, is limited to those based outside the country.

The IOC has also come out in support of the IAAF ruling ahead of a crucial Olympic Summit on doping, due to be held in Lausanne tomorrow.