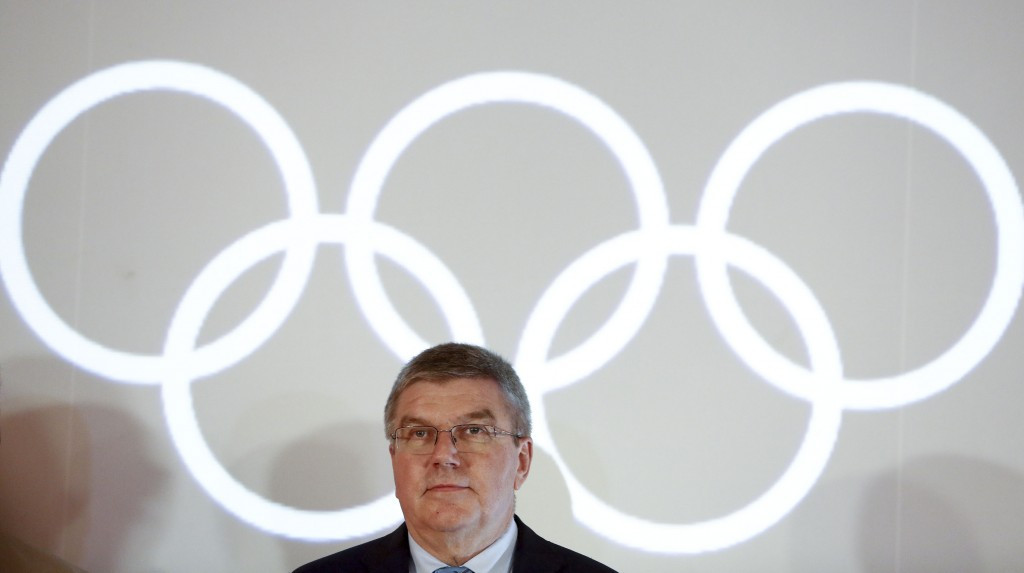 Any prospect of Russian athletics competitors competing under their own flag at Rio 2016 appears to have ended after the International Olympic Committee (IOC) announced that the eligibility of athletes in any international competition is a matter for the respective world governing body.

This comes after the International Association of Athletics Federations (IAAF) Council decided unanimously against lifting their suspension of the All-Russian Athletic Federation due to a failure to meet criteria required by the body's Task Force.

An Olympic Stakeholders Summit in Lausanne on Tuesday (June 21) had been hailed as an opportunity for the IOC to make a final decision, but they have now "welcomed and supported" the IAAF stance.

Further "far-reaching" measures have also been promised before Rio 2016.

This marks a further blow for Russia, who had been pinning all of their hopes on the IOC taking a more sympathetic position than the athletics world body.

"This is in line with the IOC’s long-held zero-tolerance policy," said a statement following a special Executive Board teleconference today.

"The IOC has taken note of the decision of the IAAF Council and of the report and recommendations of the IAAF Task Force.

"The IOC Executive Board emphasised that it fully respects the IAAF position.

"The eligibility of athletes in any international competition including the Olympic Games is a matter for the respective International Federation."

The IAAF ruled here yesterday that only Russians who can prove they have been operating in an "effective testing system" will be permitted to compete as independent athletes - with this essentially meaning only those who have been based outside of the country.

This means that most of the nation's biggest stars, including two-time Olympic champion pole vaulter Yelena Isinbayeva and reigning world 110 metres hurdles champion Sergey Shubenkov, will be seemingly ineligible despite never having failed a test.

The IOC had generally been seen as opposed to a blanket suspension, partly to provide all countries with a right to participate and partly in order to maintain their close political relations with Russia.

But they appear to have concluded that the decision is unavoidable.

This had been suggested earlier today when IOC vice-president John Coates, seen as a close ally of IOC President Thomas Bach, said he would be "very, very surprised" if the IOC overturned the decision.

Australian Coates, who has described the Russian testing system as "rotten to the core", also welcomed similar investigations now taking place within other sports.

A joint statement from Claudia Bokel and Beckie Scott, the respective chairs of the IOC and World Anti-Doping Agency Athletes' Commissions, have also welcomed the IAAF decision.

They wrote: “Athletes of the world remain optimistic that the Olympic Games will continue to be a place of equality, justice and fair competition.

“A place where politics does not trump principle, and where those in power uphold the values central to the heart of the movement.”

"I'm very happy with it [the ban]," added Coates, who is also head of both the Australian Olympic Committee and the Court of Arbitration for Sport.

"Clearly any analysis or any collections in Russia would not mean anything."

This view, which was also outlined by IAAF Task Force chair Rune Andersen, effectively dismisses the argument espoused by countless sports administrators as well as Russian figures in recent weeks that "clean" Russian athletes should not be barred from competing.

Andersen claims that passing a test in a tainted system is not proof of an athlete truly being clean.

The theme of finding a compromise between "collective responsibility and individual justice" will be tackled at the Lausanne Summit.

It will be chaired by Bach, with IAAF President Sebastian Coe and Russian Olympic Committee head Alexander Zhukov among those expected to attend.

"The IOC will initiate further far-reaching measures in order to ensure a level playing field for all the athletes taking part in the Olympic Games Rio 2016," today's IOC statement added.

"The upcoming Olympic Summit on Tuesday will address the situation of the countries in which the National Anti-Doping Organisation has been declared non-compliant by WADA for reasons of the non-efficient functioning of the national anti-doping system."

As well as Russia, other non-compliant countries are Kenya and Mexico, although it seems unlikely any further bans will be introduced.

The suggestion that no athletes in Russia can be considered clean does raise questions about other sports beyond athletics, however, with Coates referring to the claims reported in The Times yesterday that Russian anti-doping authorities had offered the All-Russian Swimming Federation the chance - which they refused - to pay money in return for avoiding doping tests.

"Overnight I've also read some allegations in respect of Russian swimming so FINA [International Swimming Federation] will no doubt be looking at that," he said.

"And I also anticipate that the International Weightlifting Federation will be taking a serious look at Russia and maybe some other former Soviet republics in respect of multiple positives coming out of the retesting."

Discussions are due to take place during an International Weightlifting Federation (IWF) Executive Committee meeting next week over potentially denying quota places to Russia and other countries due to violating doping rules.

Bulgaria have already been banned from competing at Rio 2016 for this reason.

When asked if other world governing bodies should follow the IAAF lead, Coe said: "If we have helped in any way to create a template for other sports and the way the international response was organised, then I'm happy.

"But our judgement today was taken in the best interests of global athletics."