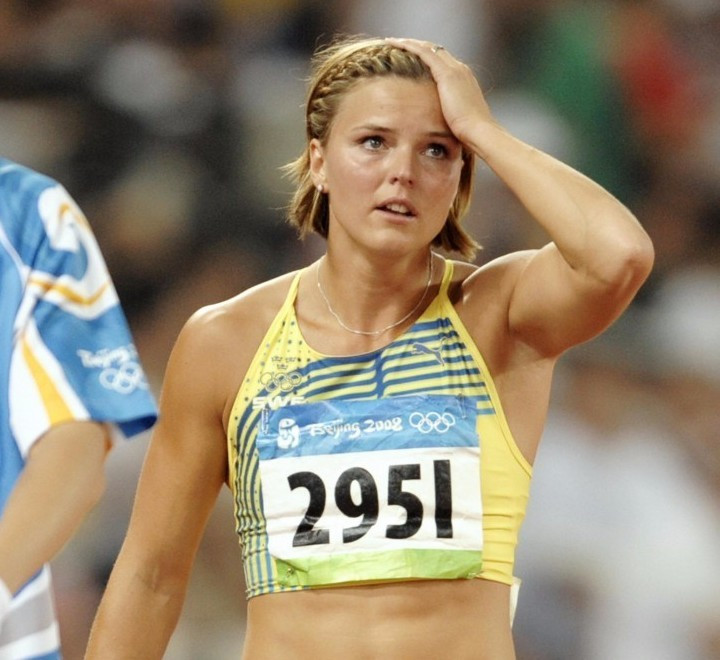 For some athletes, six years represents their top class career but for Susanna Kallur, Sweden’s injury-plagued former European 100 metres hurdles champion, that is the timespan since she last competed.

At 35, she is ready to face a world-class field on home territory in tomorrow’s International Association of Athletics Federations (IAAF) Diamond League meeting at the Olympic Stadium in Stockholm.

“It feels good to be back, I am happy to be back.

"I’ve been longing for this day for the last six years.

“As long as I feel there is hope, that I can come back, I am not giving that up.”

Evidence that Kallur is back in the mix in Olympic year will send the Stadium which hosted the 1912 Games into a ferment.

Her opposition in this longed-for race at the BAUHAUS-galan meeting is formidable - most notably in the form of Kendra Harrison, the fastest of the five - yes, five - US high hurdlers who currently fill the top positions in the 2016 world lists.

Harrison’s victory at last month’s Eugene Diamond League meeting in 12.24 was just 0.03 seconds off the 1988 world record set by Bulgaria’s Yordanka Donkova and lifted her to second in the all-time rankings.

Another good run in the right race with the right weather conditions could see the 23-year-old from Tennessee matching or bettering that mark.

Kallur knows what she is up against, as she watched Harrison’s Eugene race on television, commenting: “My pulse went up to 200 that night.”

Two other US hurdlers - world indoor champion Nia Ali and Queen Harrison -  are also in the field in what is the eighth of 14 Diamond League meetings scheduled either side of this summer's Olympic Games in Rio de Janeiro.

The women’s 3,000m steeplechase offers similarly rich possibilities in terms of time, given the presence of Ruth Jebet, who produced the second fastest performance ever witnessed in Eugene as she won in 8min 59.97sec, just over a second off the 8:59.97 with which Russia’s Gulnara Galkina won the Beijing 2008 Olympic title.

Jebet, a 19-year-old naturalised Kenyan running for Bahrain, will not have an easy time of it however given the presence of Habiba Ghribi of Tunisia, whose time of 9:05.36 set in Brussels last year makes her the fourth fastest woman ever.

Meanwhile, Kenya’s world and Olympic 800m champion David Rudisha, who has broken the world record three times, is seeking victory in his first outing in Stockholm to confirm the good signs evident in his victory over 600m at Birmingham last week in a time of 1:13.10.

“I usually like to test my speed over the shorter distances before focusing on the 800m,” said Rudisha, who missed 2013 and much of 2014 because of injury.

“I’ve been training well, and I’ve been finishing well, without pain, which is making me better.”

Rudisha will need to be in good nick, however, given the presence of  Ethiopia’s former world champion Mohammed Aman, Pierre-Ambroise Bosse of France, who ran him close in Birmingham, and fellow Kenyans Timothy Kitum and Ferguson Rotich, who have all run below 1:45.00 this season.

France’s Olympic pole vault champion Renaud Lavillenie, the only athlete to have won the Diamond Race every year since it started in 2010, will seek to extend his lead over Canada’s world champion Shawnacy Barber as he sets his sights on an eighth straight success.

Lavillenie has defeated Barber in all four of their clashes this summer, but has yet to scale the heights he managed indoors, holding an outdoor best of 5.83 metres.

Germany’s 2013 world champion Raphael Holzdeppe returns to competition after a four-month absence, and with less than two months until the Olympic Games.

Holzdeppe will hope to make a statement against his likely rivals in Rio which will include not only Lavillenie and Barber but also Greece’s Konstadinos Filippidis, who cleared a national record of 5.84m indoors this year.

The men’s javelin is filled with quality, with world champion Julius Yego of Kenya looking to defeat Germany’s Thomas Rohler, who threw a lifetime best of 89.30m for an impressive win in Oslo last Thursday (June 9).

Yego has yet to approach the form which saw him hurl the spear out to a phenomenal 92.72m to win the world title last year, so Rohler’s biggest challenge may come from Egypt’s 2015 world silver medallist Ihab Abdelrahman, Trinidad and Tobago’s 2012 Olympic champion Keshorn Walcott or the Czech duo Jakub Vadlejch and Vitezslav Vesely.

The women’s long jump boasts five athletes who have surpassed the seven-metre barrier.

They are led by American Brittney Reese, who jumped 7.04m in Bellinzona in Switzerland earlier this month.