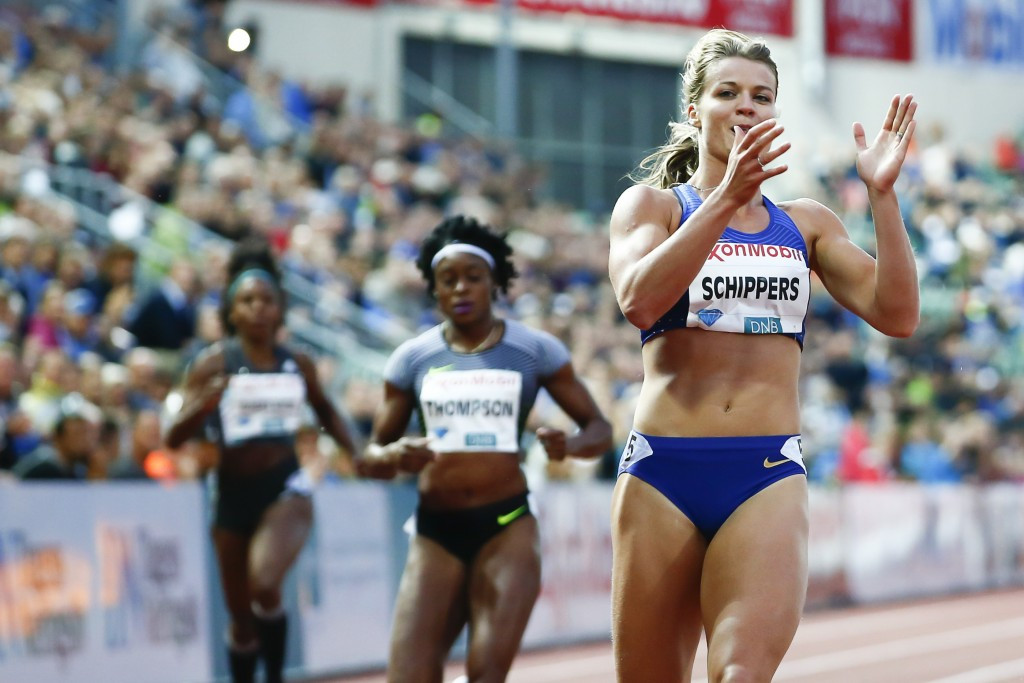 The Netherlands’ world 200 metres champion Dafne Schippers, poster girl for next month’s European Championships in Amsterdam, is looking increasingly likely to justify her status as local heroine after her victory at the International Association of Athletics Federations (IAAF) Diamond League meeting in Oslo today.

The 23-year-old former heptathlete, who also won world 100m silver in Beijing last year, finished well clear of her Jamaican rival Elaine Thompson to cross the line in 21.93sec - a Diamond League and meeting record, and the fastest time recorded so far this year.

Kenya’s 26-year-old triple world champion was able to ease back on the final lap and still win in 3min 51.48sec, with fellow countryman and world silver medallist Elijah Manangoi second in 3:52.04 and third place going to Algeria’s London 2012 champion Taoufik Makhloufi in 3:52.24.

Norway’s 25-year-old former European champion Henrik Ingebrigtsen was seventh in 3:53.19, one place ahead of his 23-year-old brother Filip, who clocked 3:55.02.

In the evening’s pre-programme 1500m, Ingebrigtsen’s 15-year-old brother Jakob finished ninth in a personal best of 3min 42.44sec that was a European best for his age group.

The pole vault appeared likely to throw up a big surprise as Olympic champion and world record holder Renaud Lavillenie suffered two failures at his opening height of 5.65m, which was cleared by the 22-year-old Canadian who frustrated his ambition of finally winning a world title last year, Shawnacy Barber, and by Poland’s 2011 world champion Pawel Wojciechowski.

But the Frenchman - the only athlete to have won every Diamond Race since the event began in 2010 - rose to the challenge at his third attempt, and went on to extend his lead in this year’s Diamond Race to 10 points with a best of 5.80, with Barber second on 5.73.

Olympic 100m hurdles champion Sally Pearson is getting faster as she attempts to regain full fitness after losing a year to injury - but she still has a lot of ground to make up if she is to have a chance of defending her title successfully at Rio 2016.

The 29-year-old Australian recorded 13.14sec, her best time of the season, But still finished seventh and last as the United States, which has the top four women in this year’s lists, took the first three places.

Victory went to 2013 world champion Brianna Rollins in 12.56sec with 2008 Olympic champion and 2012 Olympic silver medallist Dawn Harper-Nelson second in a season’s best of 12.75 and Jasmin Stowers third in 12.79.

But the evening did not turn out so successful for another of the sport’s veterans, 40-year-old sprinter Kim Collins.

The man from St Kitts and Nevis, who won the world 100m title back in 2003 and is planning to compete in his fourth Olympics this summer, led to the 60m point but then pulled up, with Canada’s 21-year-old world bronze medallist Andre De Grasse coming through for the win in 10.07.

On his Diamond League debut, Poland’s 19-year-old shot putter Konrad Bukowiecki led the competition after his first round effort of 20.77, following it up with 21.14m, a world junior record.

That jump-started the leader of the 2016 standings, world champion Joe Kovacs, to take control of the competition with a throw of 21.51 before finishing off with an almighty effort of 22.01 - just two centimetres off the 25-year-old meeting record set by Werner Gunthor of Switzerland.

Kovacs’ final throw was preceded by the ceremony for Thorkildsen.

“Andreas is a good friend of mine,” said the US thrower.

“And when they stopped us because of his farewell I said to myself I must do something special also for him.”

Bahrain’s naturalised Kenyan Ruth Jebet, who produced the second fastest 3000m steeplechase of all time behind the world record of 8min 58.81sec with her victory at the Eugene Diamond League in 8:59.97, was a late withdrawal, which meant Kenya’s Hyvin Kiyeng Jepkemoi - who finished just 0.04sec behind her in the US, had it relatively easy as she won in 9:09.57.

Croatia’s Sandra Perkovic extended her lead in the women’s discus Diamond Race to 18 points as she won by more than four metres with a best of 67.10.