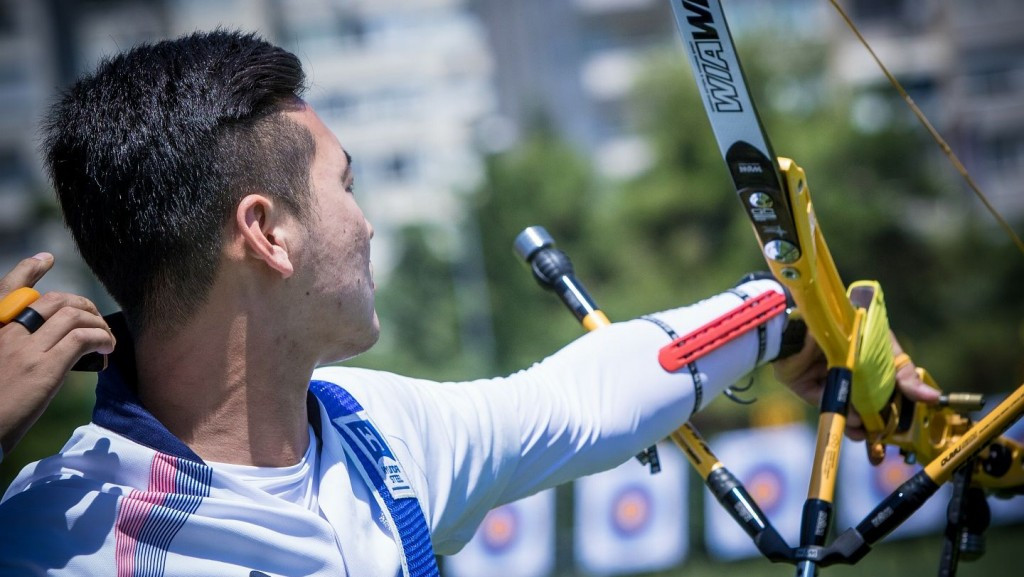 The 23-year-old hailed his preparations for the Rio 2016 Olympics after scoring 686 out of a possible 720 points at the Turkish venue.

Ku, who was part of the World Championship winning men's and mixed teams in Copenhagen last year, tops a 230-strong field.

His compatriot, quadruple world champion Kim Woojin, is second on 683 with another Korean, Lee Seungyun, rounding off a top three for the country on 681.

It means South Korea are 23 points ahead of the United States with a combined total of 2050 in the team standings.

“The conditions on the field were good and the wind was not strong so I thought that it wouldn’t affect my arrows a lot but sometimes it did," said Ku.

"It was okay and I managed a good result.

"Of course, I still need to improve and make more points.

"But this is a good step on the way to the Olympics.

The top 104 archers have advanced to the elimination phase of the competition, the last Archery World Cup stage of the year.

The cut-off point was 646 points with eight athletes having to shoot-off for the last five places.

There was also secondary interest with 115 archers competing to qualify for the final qualifying tournament for Rio 2016.