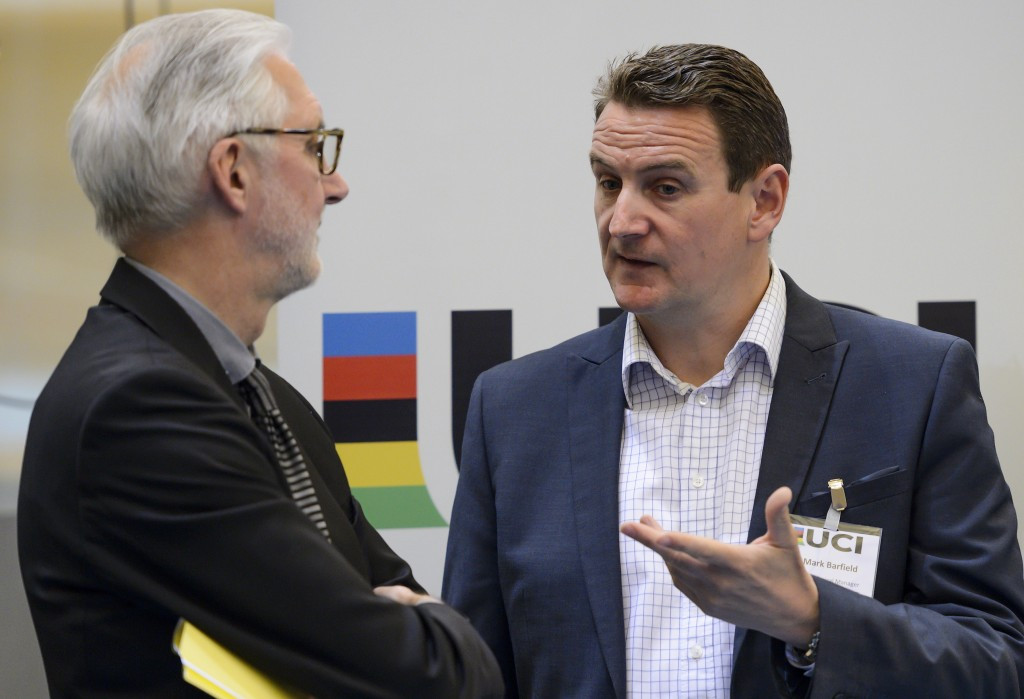 The International Cycling Union (UCI) will investigate whether emails sent by their technical manager Mark Barfield hindered a police investigation after claims made in a French television programme on mechanical doping.

According to Stade 2, Barfield sent emails to Harry Gibbings, director of e-bike manufacturer Typhoon, which informed him that French police were investigating suggestions of motor use at last year’s Tour de France in July.

It was alleged that Hungarian engineer Stefano Varjas, who worked with the company at the time, was the subject of the investigation with police suspecting that he had been looking to sell motors to competing teams at the UCI WorldTour race.

The programme showed emails, reportedly between Barfield and Gibbings, and claimed that the UCI’s technical manager could have helped alert Varjas of the investigation to allow him to leave the Tour de France before being questioned.

“Hi, Do you have a phone number I can call you on straight away. I’m sitting with French police who believe an engineer ‘Hungarian’ is visiting TDF today to sell a bike and visit teams, could this be your guy???,” the supposed email from Barfield reads.

Cyclingnews have stated that Gibbings confirmed the email conversation had taken place but denied there had been collusion between the company and the UCI, while he also stated that Varjas had left Typhoon in December.

Following the programme the UCI have revealed that they will  begin an investigation to determine whether emails were passed on to a third party.

“Union Cycliste Internationale (UCI) has consulted experts from a wide variety of backgrounds – including university academics, mechanical, electronic and software engineers, and bike suppliers - in the process of developing an effective method of detecting technological fraud,” a statement from the governing body read.

“The person interviewed in the Stade 2 report was among those consulted by the UCI in order to fully understand the technologies available and hence how to detect cases of technological fraud.

“The UCI has full confidence in its staff employed in this area.

“It will investigate whether emails sent in 2015 to an external consultant were passed on to a third party and used in a way that no-one intended.”

Stade 2 and Italian newspaper Corriere della Sera had previously cast doubts over the effectiveness of the UCI’s tablet device, which can be used to test multiple bikes before and after races to detect motors.

They had claimed to have found hidden motors with thermal imaging cameras at the Strade Bianche and the Coppi e Bartali races.

A media day in May was held at the UCI’s headquarters where Barfield unveiled the tablet and explained how the scans, which can last between 20 to 30 seconds per bike, worked.

The tablet system was devised by the UCI along with British company Endoscope-I, while they had carried out testing in partnership with Typhoon.

The system was first used, in competition, at the UCI Cyclo­cross World Championships in Heusden-Zolder during January, where the bike of Belgian rider Femke Van den Driessche was seized following the women’s under-23 event.

During the ensuing investigation, the 19-year-old was found to have had a concealed motor on her bike, controlled by a Bluetooth switch, resulting in the UCI’s Disciplinary Commission handing the rider a six-year suspension.

Testing has been stepped up considerably in recent months, with the governing body having stated last month that over 2,500 bikes had been scanned from the start of the year.