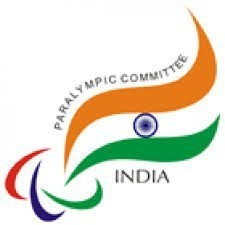 The PCI has been suspended since April 2015 due to conflicts at national level between different groups and persons that the IPC claims was undermining the development of the Paralympic Movement in India.

However, following productive meetings in Bonn, the German city where the IPC is based, the suspension has been overturned.

Representatives of the Sport Authority of India (SAI), Indian Ministry of Youth and Sport and the PCI were present at the meetings.

As agreed with the PCI, the SAI will continue to have the authority to administer the entry of athletes and team officials for this year’s Paralympics.

The PCI, in consultation with the SAI, may nominate team officials, including a Chef de Mission, to manage the delegation during the Games.

In parallel, the IPC will recognise the newly-elected PCI Board so that work may begin to immediately implement reforms to the governance and management structure of the PCI.

J Chandrasekhar, secretary general of the PCI, told the Press Trust of India that the IPC has made it clear that the ban can be re-imposed if India does not implement the reforms outlined.

"From what the IPC wrote to us, it is like temporary lifting of the suspension till the end of the Rio Paralympics," he said.

"They told us to implement the reforms outlined by them by then and if we don't do that, the suspension can be re-imposed.

"We are on our toes to implement the reforms and hoping that we will be able to complete what IPC wants by then so that we return to the Paralympic fold permanently."

To date, a record number of 20 Indian athletes have qualified for the Rio 2016 Paralympics with the Games set to take place from September 7 to 18.

India sent 10 athletes in four sports to the London 2012 Paralympic Games, with Girisha Nagarajegowda earning their solitary medal as he won silver in the men’s high jump F42 competition.

Nagarajegowda has yet to qualify for Rio 2016 and Chandrasekhar has said he is unlikely to make it to the Games as he is currently ranked fourth among Indians in his event.

Costa Rican athletes will also be allowed to compete under their national flag at the Rio 2016 Paralympic Games after the country’s Ministry of Sport committed to amend the National Sports and Recreation law to include recognition of a National Paralympic Committee (NPC).

As no NPC in Costa Rica currently fulfils the IPC’s membership requirements, the IPC has provisionally transferred the rights to manage the delegation during Rio 2016 to the Costa Rican National Olympic Committee.

"As an athlete-centred organisation, the IPC has taken this decision with the sole purpose of allowing Indian and Costa Rican athletes to compete under their respective national flags at September’s Paralympic Games," said Xavier Gonzalez, the IPC’s chief executive.

"Both countries need to make major reforms and the IPC will continue to closely monitor the implementation and timeline of these changes.

"Both countries will not fully satisfy their IPC membership until the reforms we have outlined to them are completed in full."